Every now and then, we come across a series with so many moving parts and such fascinating characters that its potential only continues to expand as the show goes on. When there’s enough interest from fans and viewers, that’s where the concept of spin-offs comes in.

Sometimes, a spin-off might be as a prequel to establish some sort of backstory to the main plotline (like Fear the Walking Dead) or alternatively, as a sequel. Other times, as in Pearson, a spin-off is created for a specific character either to branch off from the original and create a separate story for them or to better explain the character’s history and personality – like they did with The Big Bang Theory’s Sheldon Cooper in Young Sheldon.

Whatever the reason, we all love a good spin-off, right? We’re all here for an expanded series storyline. With that, here’s a list of TV shows with the most spin-offs created! 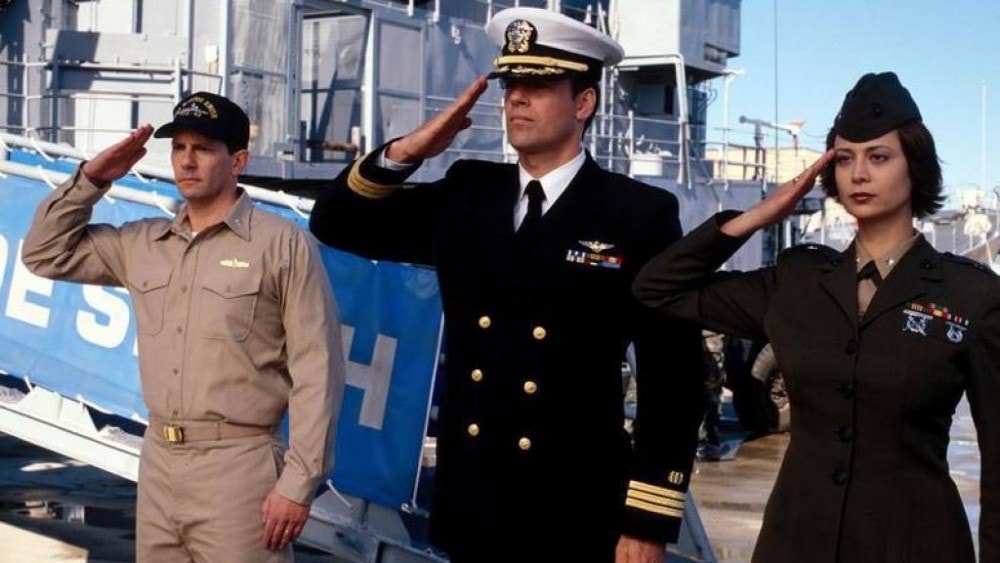 JAG was a military legal drama that ran for ten seasons from the late 90s into the mid-2000s. The show centered around a group of lawyers working within the jurisdiction of the Uniform Code of Military Justice to prosecute and defend criminal cases.

In JAG’s eighth season, the team calls upon the Naval Criminal Investigative Service (NCIS) to help with the investigation into the death of one of their own. These two episodes involving the NCIS served as the backdoor pilot for the series of the same name.

Though similar in responsibilities to JAG, the NCIS team focuses on crimes within the Department of the Navy. CBS premiered the NCIS series in 2003 and is still running to this day, with an 18th season in the works. NCIS itself serves as the original for three more spin-offs: NCIS Los Angeles, NCIS: New Orleans, and the newest of the bunch – NCIS: Hawai’i. 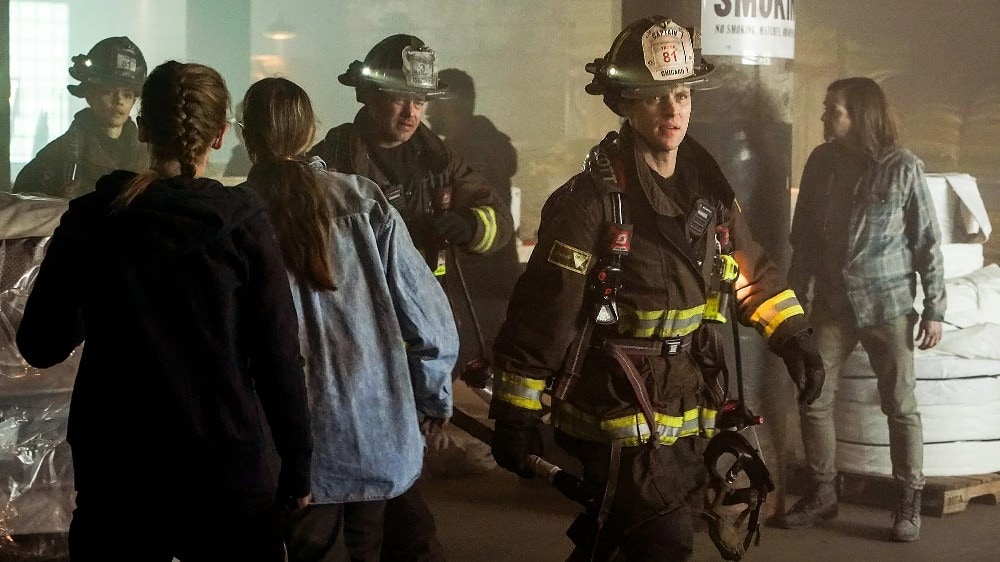 Now eight seasons in, fans of NBC’s Chicago Fire will be happy to know that just this February 2020, the show was already renewed for a ninth, tenth, and eleventh season! It follows the personal and professional lives of the firefighters, rescue squad, and paramedics working out of Firehouse 51 of the Chicago Fire Department as they risk their lives to protect the citizens of their city.

Towards the end of the first season, the first spin-off was announced and said to involve the intelligence unit of the Chicago PD. Soon after, a backdoor pilot was aired and served as the kickoff point for Chicago P.D. Two seasons later, Chicago Fire aired the backdoor pilot for Chicago Med, which focuses on the doctors and nurses working at the emergency department of a Chicago hospital.

And in 2017 another series of the One Chicago franchise launched. Chicago Justice was a legal drama that followed the team of prosecutors and investigators of the Cook County State’s Attorney’s Office. But unfortunately, the series was canceled after just one season. 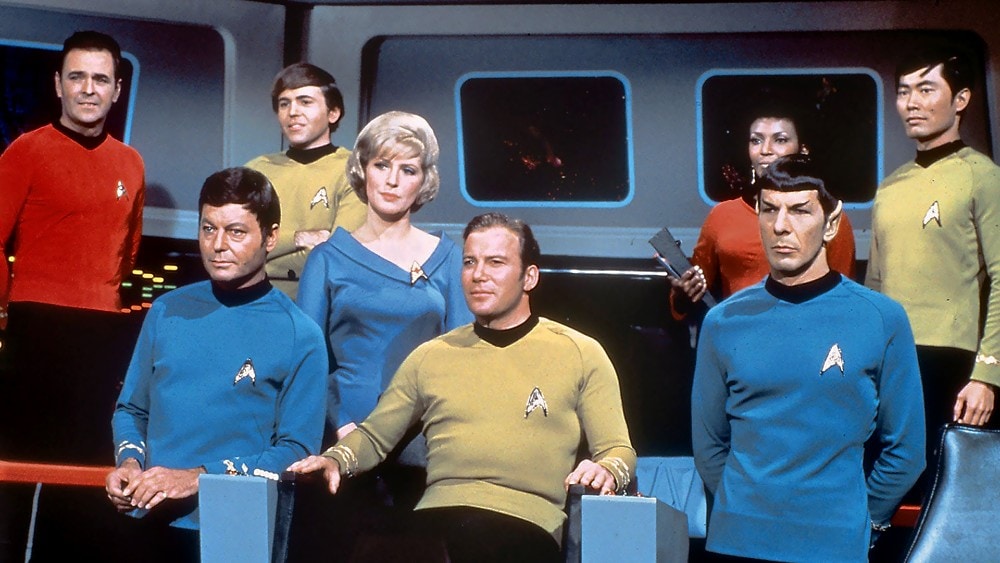 The Star Trek franchise is arguably one of the most celebrated and all-around franchises in the science fiction genre. It started with the first NBC’s Star Trek series in the late 60s, which has since become known as Star Trek: The Original Series.

The original follows starship USS Enterprise as it sets out on five years of space exploration to discover new worlds, civilizations, and life forms. The second (live-action) series in the franchise, Star Trek: The Next Generation, came almost two decades later but in between, there were various feature films and even an animated series!

As of 2023, The Original Series has spawned a total of eleven series – and that’s not including Star Trek: Strange New Worlds which debuted in 2022. 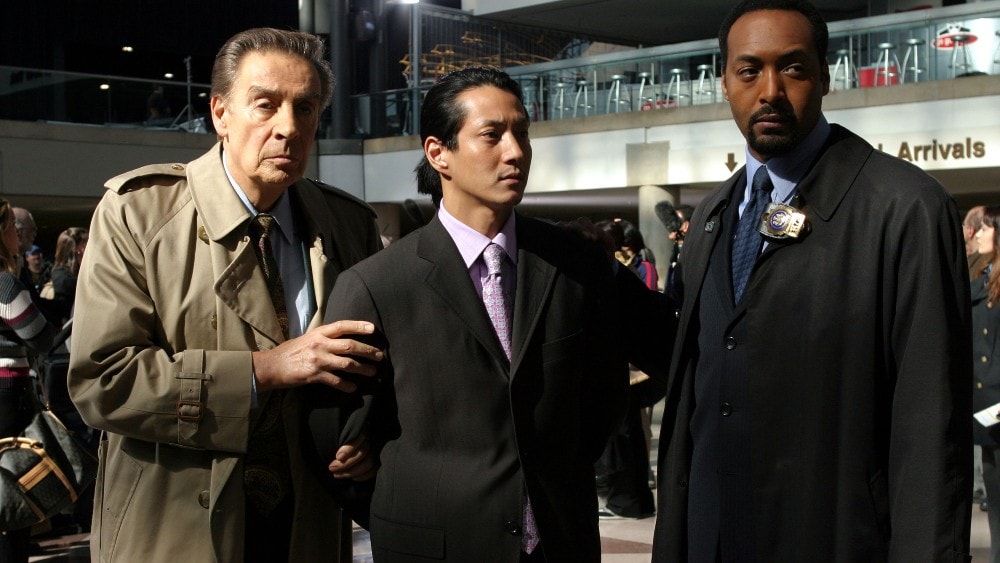 Dick Wolf apparently has quite the talent for long-running series’ and spin-offs! Before his success with the aforementioned One Chicago franchise, Wolf created and produced the well-known Law & Order franchise that began in 1990.

The original Law & Order ran for 20 seasons and even with that, it’s not the longest-running series in the franchise! No, that would be its first spin-off: Law & Order: Special Victims Unit, which recently wrapped up its 21st season and has already been renewed for three more. Episodes within the franchise have been described as “ripped from the headlines” as they cover real cases that made headlines, and often cover bot the investigation and the prosecution of the defendant. 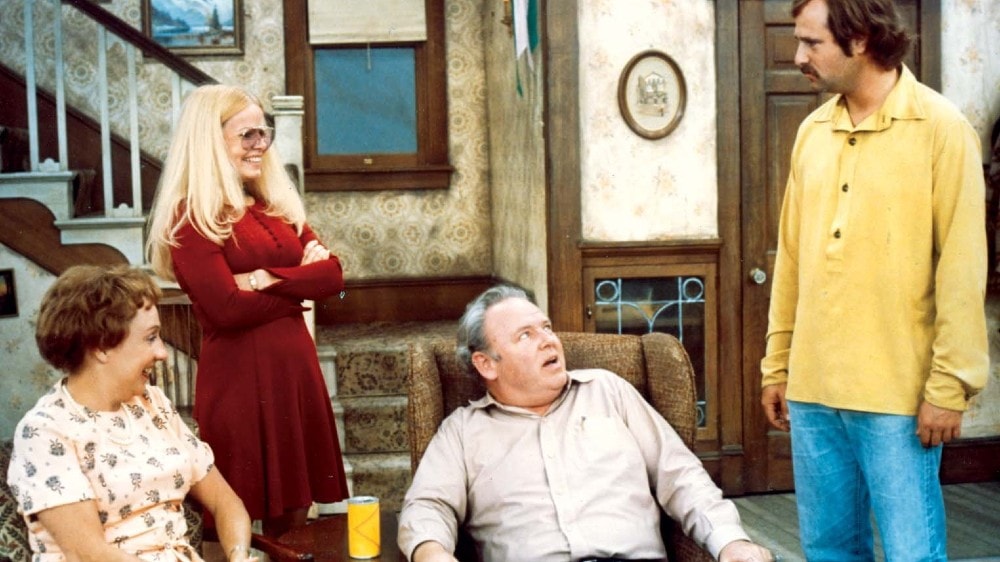 Successful enough on its own, All in the Family is the first sitcom on our list and ran for a full nine seasons! It follows a typical working-class white family, the Bunkers, living in the Astoria neighborhood in Queens, New York. Through their story, we see a generational divide and the clash of values between them as they experience the changes in their own backyard.

The show spawned seven spin-offs – five direct branches while two of those even had spin-offs of their own! Most of the new shows featured supporting characters that appeared in the original, while 704 Hauser and Archie Bunker’s Place focused on two primary locations: the original Bunker home and the tavern purchased by patriarch Archie Bunker. 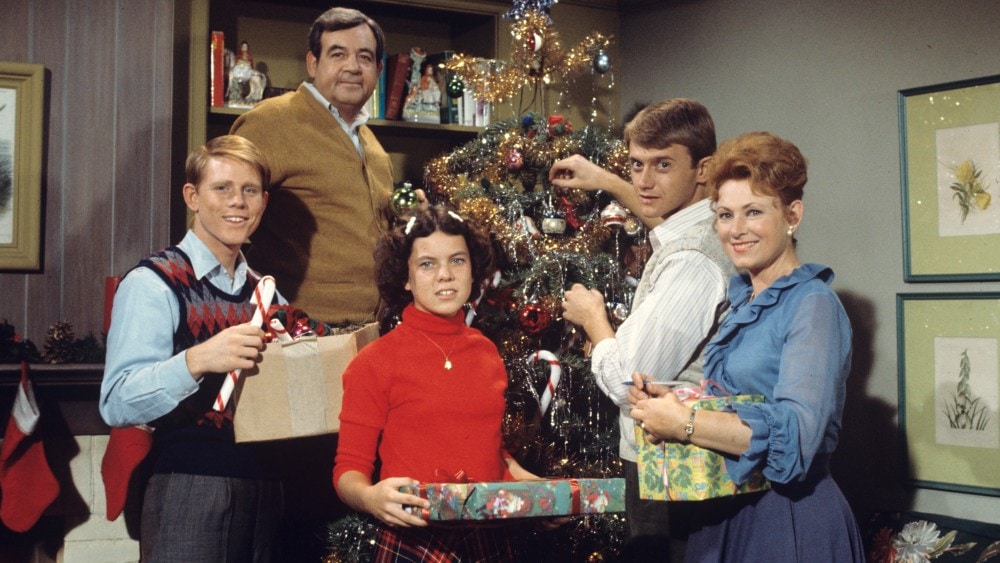 Happy Days is another 70s sitcom that achieved high success during its airtime – so successful that it, too, gave way to several spin-offs. What’s fun about that is the pilot for Happy Days was actually a one-off episode on the anthology series, Love, American Style, making the show somewhat of a spin-off itself!

The show, set in the midwestern state of Wisconsin, mostly follows teenager Richie Cunningham, his traditional family, and his high school friends, though storylines revolved to eventually develop minor characters as well. Richie’s younger sister Joanie even got her own spin-off! In fact, all five of its live-action spin-offs came from minor character appearances throughout the show and sometimes feature crossover episodes. 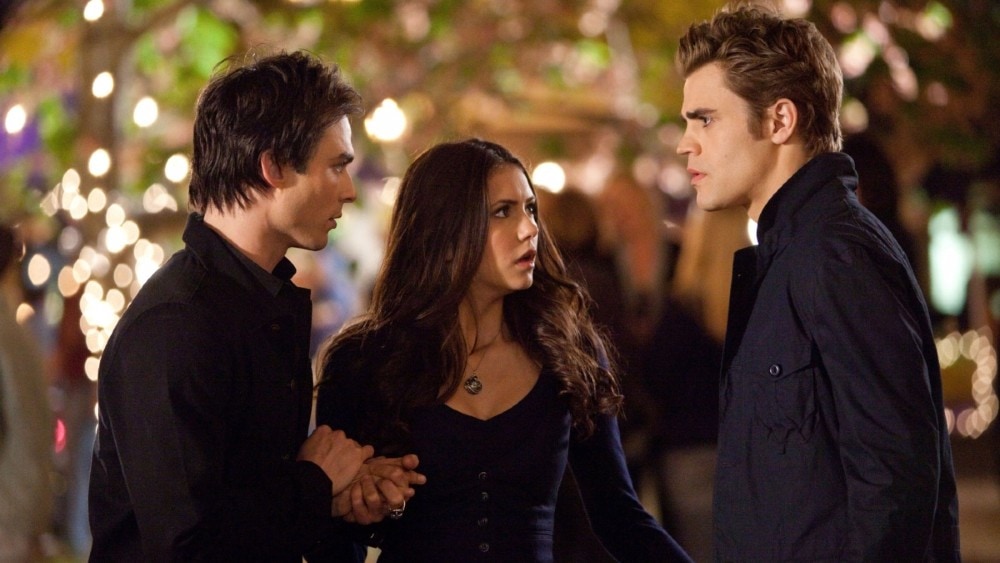 The Vampire Diaries was a supernatural/fantasy teen drama that was based on a series of novels of the same name and gained quite a fanbase during its eight-season run. Set in a fictional town in Virginia that’s wrought with supernatural history, the show centers primarily around two vampire brothers as they defend the town – and the woman they love – against various supernatural threats.

In 2013, The Originals premiered as the first spin-off, focusing on the Mikaelson siblings, the first vampires in history, who were introduced in The Vampire Diaries. As a second spin-off to that, a web series was released to focus specifically on Kol Mikaelson. Finally, Legacies premiered in 2018 as a further extension of the Mikaelson family history, with characters from its predecessors. 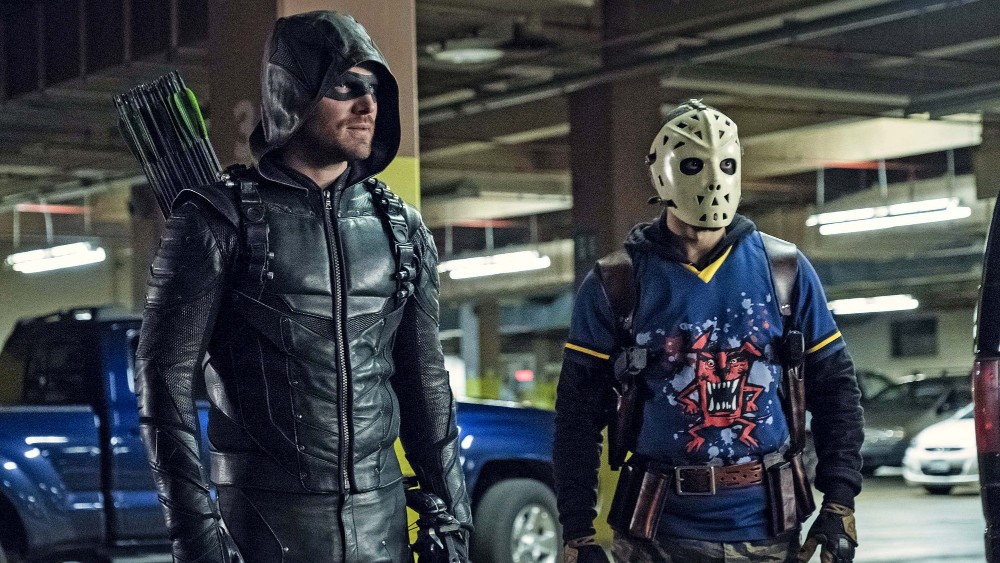 Thanks to the original series, the expanded universe took its name from it: the Arrowverse.

The spin-offs started with The Flash and eventually stretched to include Supergirl, Legends of Tomorrow, Black Lightning, Batwoman, Superman & Lois. As well as animated series Vixen, Freedom Fighters, The Ray, and another possible spin-off series, Green Arrow and the Canaries, featuring Arrow’s daughter, Mia Smoak.

It’s also pretty usual for characters from these shows to appear in each other’s timelines every now and then. The Arrowverse even features crossover events across multiple shows and multiple episodes, which started in 2017. 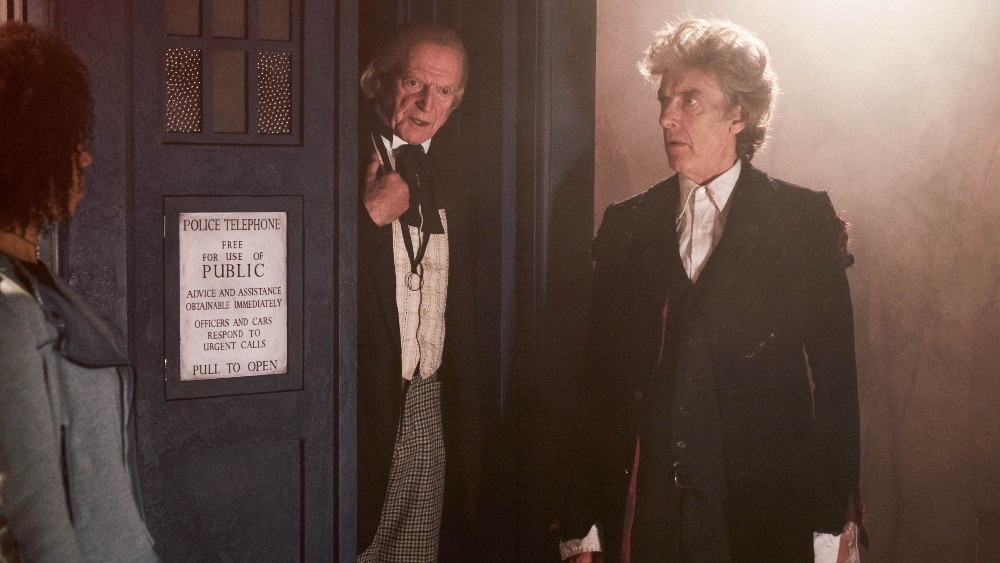 Doctor Who is a British sci-fi drama that has spanned decades and generations, making it a true classic. It follows the adventures of a time-traveler they call the Doctor as he explores various timelines throughout history to battle villains and save civilizations.

The first attempt at a spin-off was a pilot episode for K-9 and Company, but it was sadly never picked up to series. After that, Torchwood was created to chronicle modern-day investigations into alien activities in Cardiff and eventually, America, and featured characters from the 2005 reboot of the parent series. Other spin-offs include The Sarah Jane Adventures after the investigative journalist the Doctor encounters, K-9 for the robot dog, and Class for the students at Coal Hill Academy. 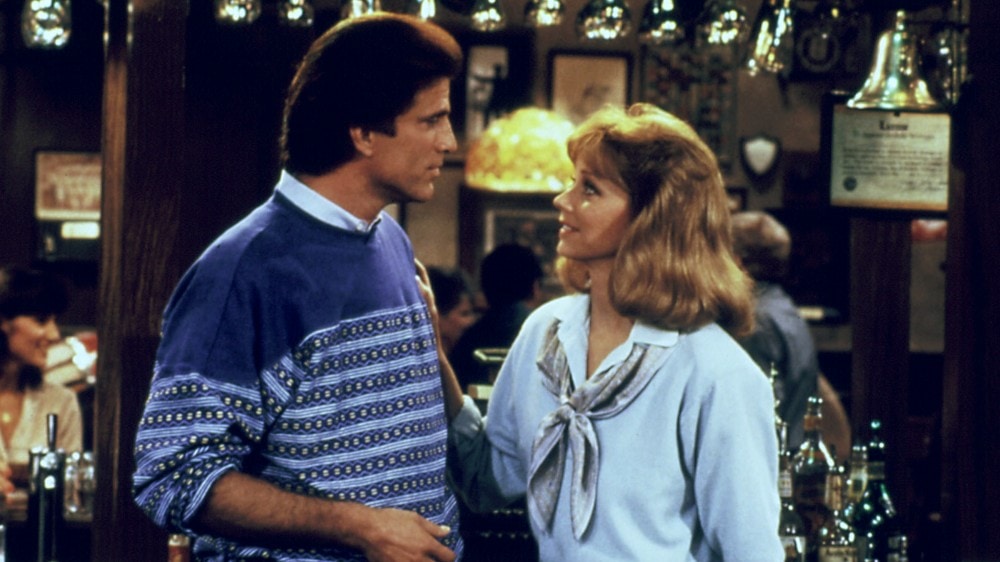 Cheers gets its title from the name of a fictional bar in Boston, Massachusetts where the show’s main characters drink and socialize with each other. Throughout its run, the show tackled many controversial issues at the time while adding the comedic twist, like alcoholism, sexuality, feminism, and social class. After 11 seasons, Cheers became one of the most critically-acclaimed shows in history, being Emmy-nominated 117 times and winning 28 of them!

Its most successful spin-off was Frasier which ran for its own 11 seasons, featuring the main character Frasier Crane after he relocates back to Seattle, Washington. Cheers also led to a direct spin-off The Tortellis and crossover with St. Elsewhere, while the aviation show Wings, though not a direct spin-off, takes place within the same universe.