As much as I love the sea and the beach, the thought of being out in the open water absolutely terrifies me. I mean, being out there on a vessel of some kind is fine, but just imagining myself swimming out in the open, not knowing what’s beneath my feet… I am getting full-body chills just thinking about it.

At the same time, isn’t it equally fascinating to see videos of what happens beneath the surface of the water?

Not just deep-sea explorations but even videos as simple as those taken by snorkelers and scuba divers. Videos like these alone might give you an answer as to what could be beneath your feet while swimming in open water, but imagine what we’d see from videos that go down a little further – like those from submarines.

Not many people would ever get a chance to view the ocean from a submarine. For most of us, the closest we’re ever going to get is through live footage videos posted on the internet maybe, or through TV shows and documentaries.

For those of you out there curious enough to live vicariously through those you see on your screens, we’ve put together a list of TV shows and specific TV episodes about submarines – so grab your deep-sea diving gear! 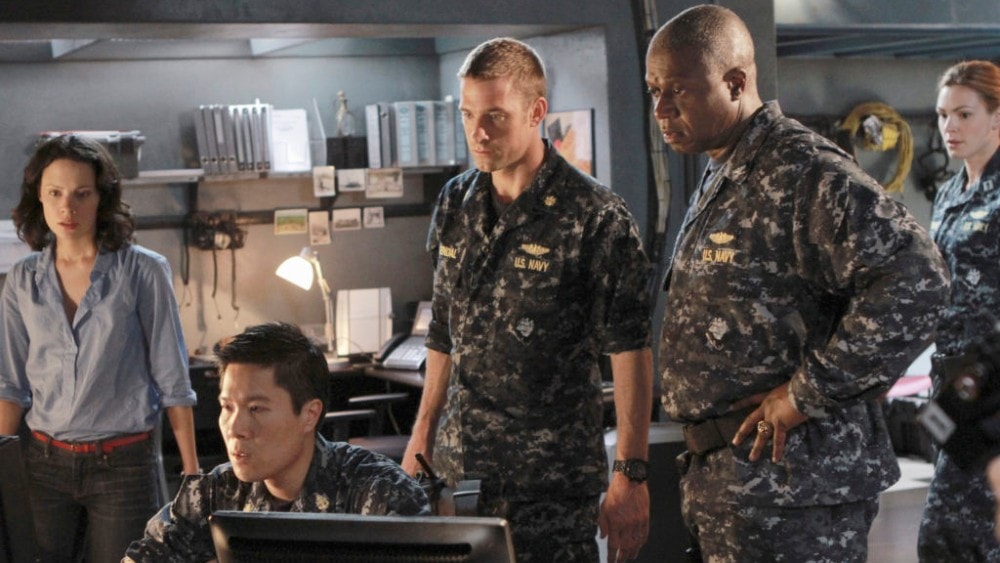 The first show on our list comes from a military perspective, specifically the US Navy, of course.

Last Resort aired for just one season of 13 episodes and followed the crew of an Ohio-class (the largest subs built for the Navy) ballistic missile submarine.

The story starts when the vessel’s top commanding officers receive questionable orders to launch nuclear missiles at Pakistan, which they both refuse. As a result, their submarine is fired upon by fellow American subs and they realize they’ve been declared enemies of the state.

As they take refuge on a fictional French island in the Indian Ocean, both they and allies back home scramble to uncover the truth about a government conspiracy to frame them. 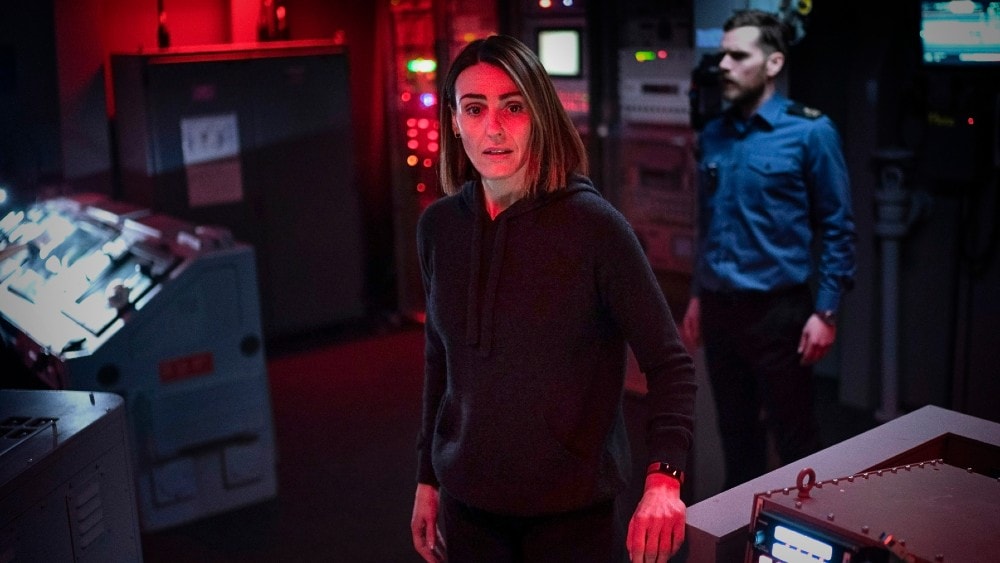 Given the nature of these vessels, TV shows about submarines are often military-related. And this next series on this list, which is also the newest show on it, is also that, effortlessly blending together murder mystery and police procedural genres to produce one of the most “most gripping TV shows of the year“.

Silva’s investigation quickly links the death to the disappearance of a Scottish fishing trawler. And as the six-part miniseries unfolds, we see Silva and her colleagues realizing that this case is more than meets the eye. Which also brings them into conflict with not only the Royal Navy but also the British Security Service and MI5. 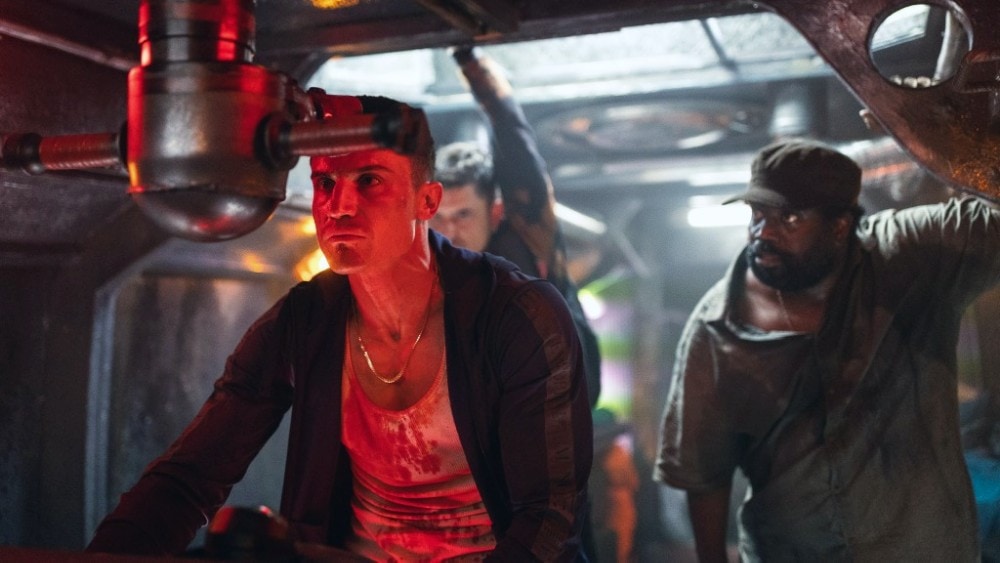 Next up is the Spanish-Portuguese four-part miniseries Operation Black Tide (Operación Marea Negra in the original Spanish), which is inspired by the real story of one of the most infamous drug trafficking operations in history – the narco-submarine that was found at the bottom of the Galician estuaries in 2018.

Set in late 2019, Operation Black Tide follows three men as they attempt to cross the Atlantic Ocean from Brazil to Galicia in a homemade submarine that’s loaded with over 3 kilos of cocaine.

At the forefront of the series is Nando, a Galician amateur boxer and expert sailor, who, along with his two companions, battles unpredictable waters, storms, hunger, the authorities and each other to survive this risky adventure. 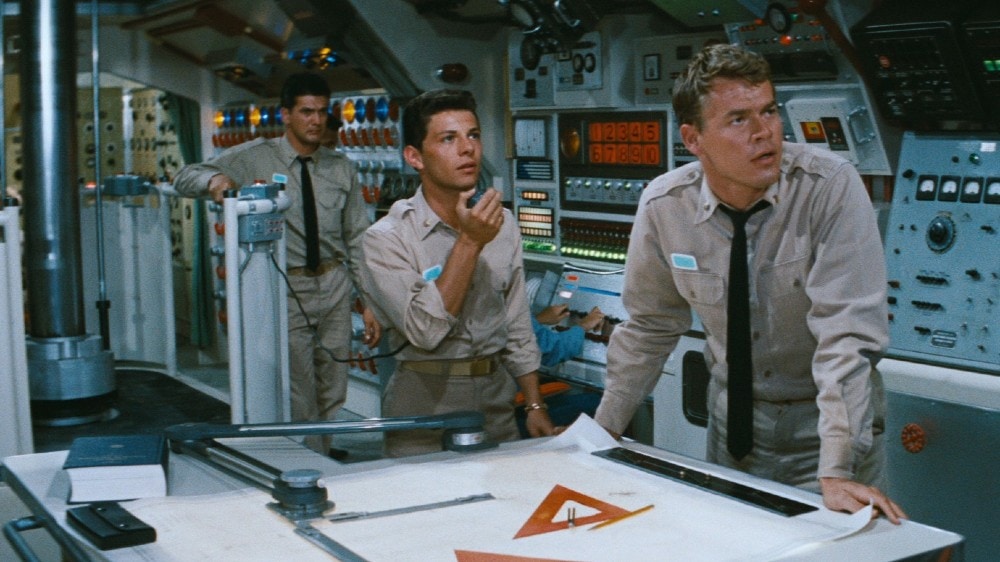 We’re taking things way back now with Voyage to the Bottom of the Sea, which aired over 100 episodes back in the 1960s.

Still in keeping with the military perspective, it follows the adventures of those on the fictional nuclear submarine, the S.S.R.N. Seaview. Based on the 1961 movie of the same name, Voyage to the Bottom of the Sea condenses the film’s plot into the pilot and continues the story from there.

Considering the time within its set (the then-future 1970s and 1980s), many of the episodes connect to tensions within the Cold War. However, there’s also a heavy dose of science fiction when it comes to extraterrestrials and sea monsters – and even a submarine that can become airborne, too! 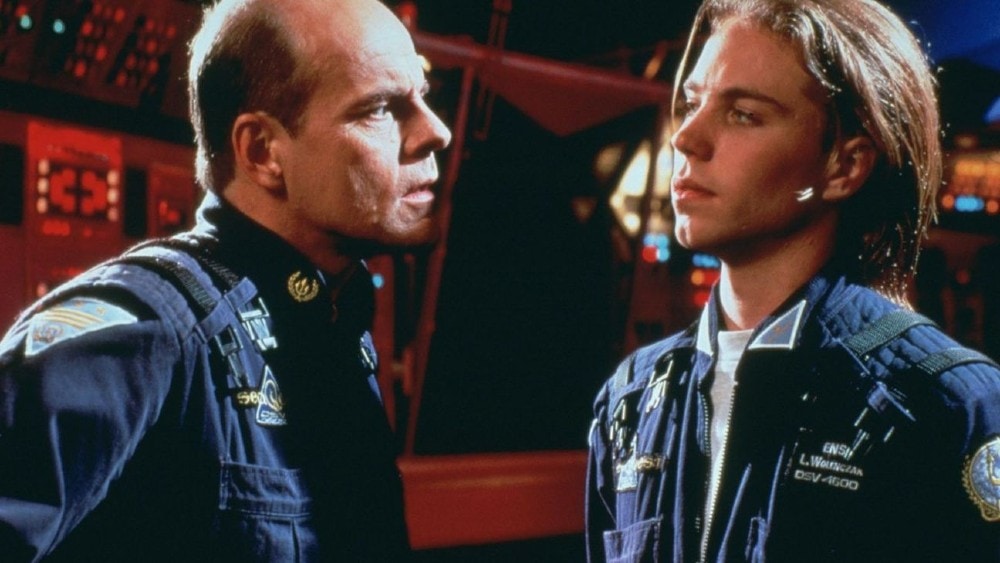 Still in a little bit of a throwback, seaQuest DSV aired in the early 1990s but was set in the then-future of 2018, where almost all of mankind’s natural resources have been depleted – except for those deep within the ocean floor. Because of that, many colonies were established down there, and it’s the job of the seaQuest DSV 4600 to protect them.

In this completely new world order, the crew of the seaQuest struggles to navigate not just their duties on the submarine, but the larger political implications that their duties entail as well. Not to mention all the new oceanographic and environmental research and issues! 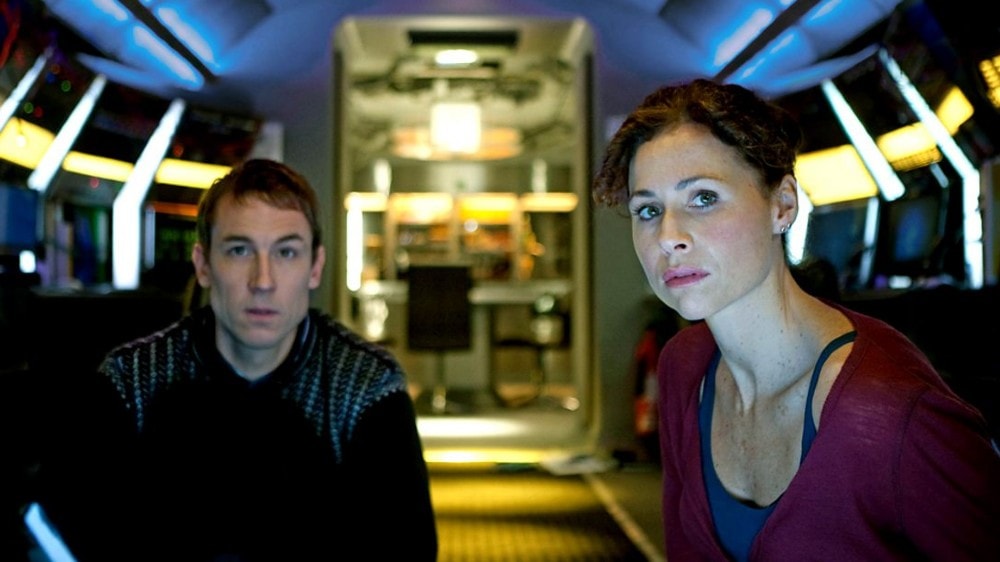 This show moves away from the viewpoint of the Navy, but it’s disaster dramas like this that make me slightly terrified of going underwater.

The BBC One five-episode miniseries The Deep takes place on a research submarine called the Orpheus, headed towards the deepest depths of the Lomonosov Ridge in the Arctic Ocean to find a rare bio-fuel.

The crew members are on edge right from the get-go because the last vessel that embarked on the exact same mission disappeared without a trace. Their fears are realized when disaster strikes while on the mission and they are left stranded thousands of feet underwater. When help comes, it only seems to make matters worse. 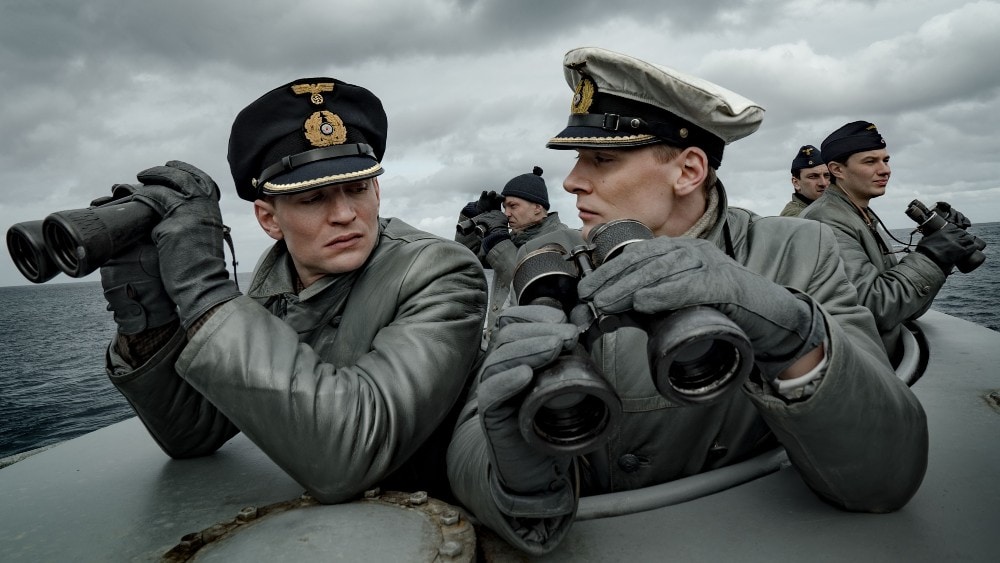 You might have heard of the 1981 film of the same name – the critically acclaimed, nominated for six Academy Awards film. Well, this Sky One German TV adaptation is the sequel to the events in the movie – produced more than three decades later, but still just as good.

Like the movie, Das Boot is based on the 1973 novel of the same name by Günther Buchheim but also takes plot elements from its sequel.

Starting nine months after the events in the film, viewers are now in 1942 and follow two timelines. One concerns the lives of those aboard the U-612 German U-boat (a military submarine), while the other follows the outside world, specifically the French Resistance in La Rochelle. 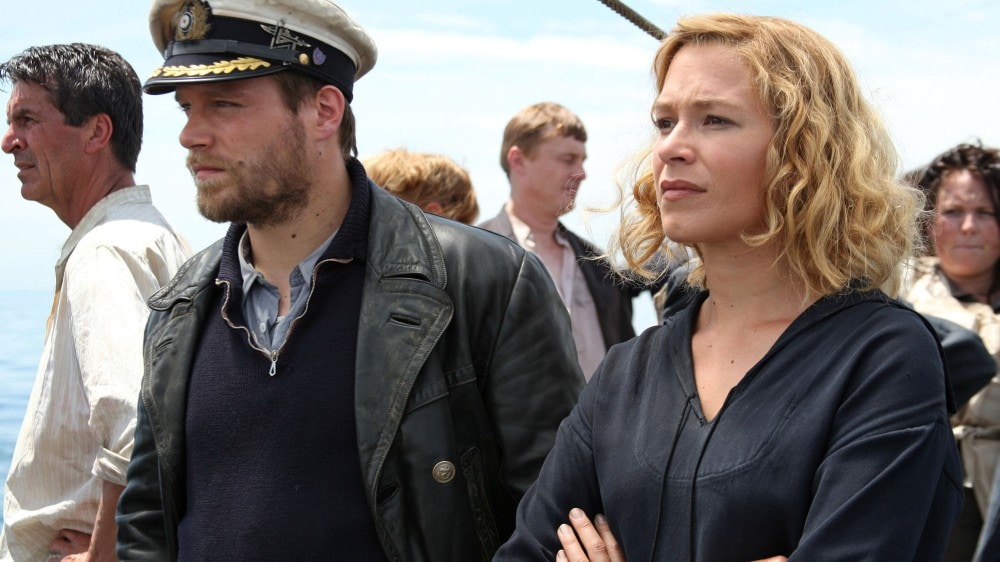 The next show stays within the territory of German U-boats and certain events during the Second World War.

History buffs may have already been able to glean what the miniseries is about based on the title but for those who haven’t, The Sinking of the Laconia dramatizes the events surrounding the “Laconia incident”.

In 1942, German U-boat U-156 is ordered to sink the British troopship Laconia but when its commander finds out that there were POWs and civilians on board, he makes a valiant attempt to rescue the survivors – only to be attacked by an American bomber. 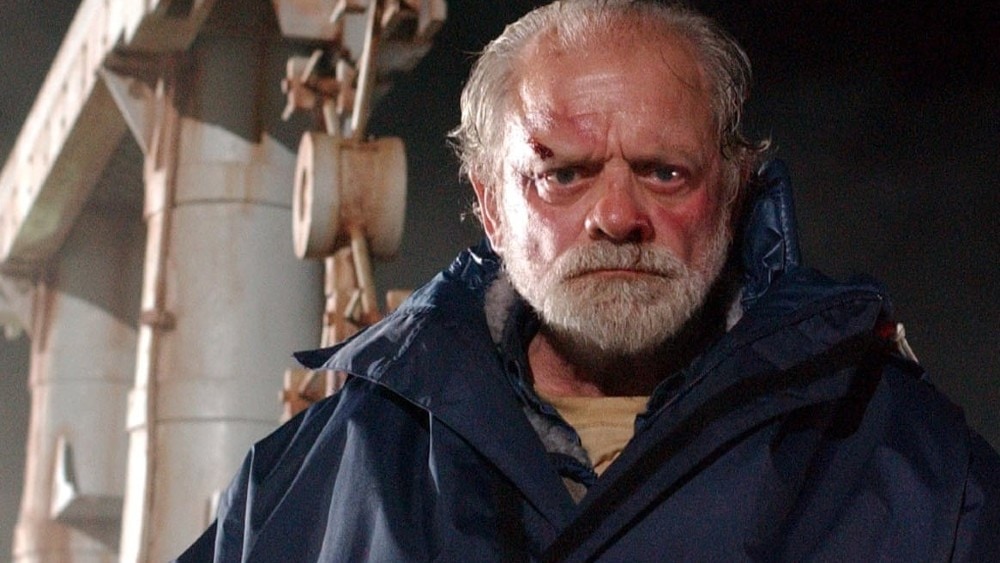 ITV brings another two-part TV film with Ghost Boat; while the miniseries does borrow from the reality of World War Two in certain elements, it certainly applies a fresh take in adding a dose of the supernatural as well.

The submarine in question is the HMS Scorpion, a British vessel that disappeared during WWII and left only one survivor: Jack Hardy. 38 years later in 1981, the Scorpion reappears and looks entirely undamaged – barring the missing crew, of course.

The Royal Navy assembles a team, including Hardy himself, to reboard the sub and retrace its last days in a bid to find answers. Once there, however, the past seems to cross over into the present as the crew begins to experience events and people from almost four decades ago. 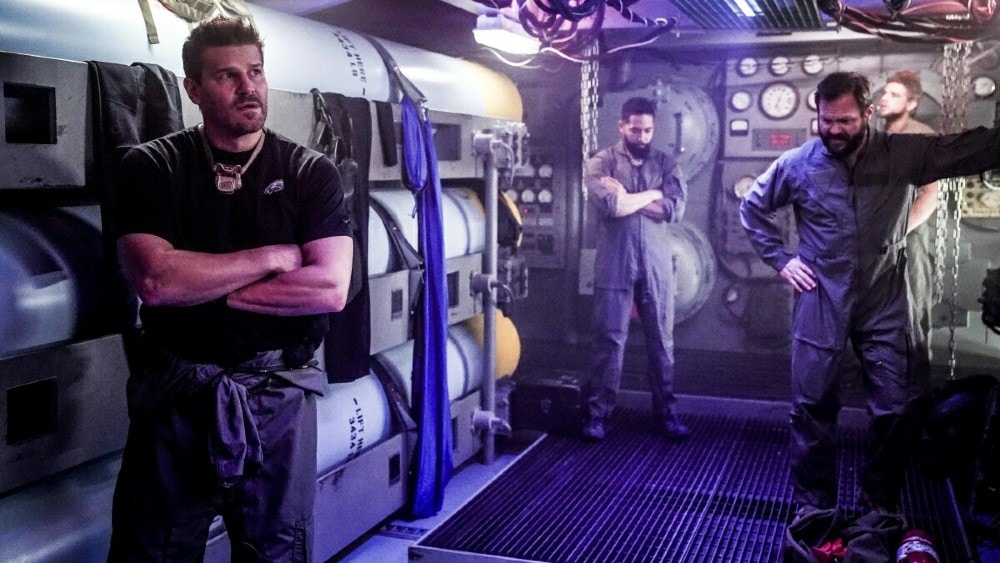 The CBS military drama SEAL Team, taken from the title itself, follows an elite unit of US Navy SEALs as they undertake the most dangerous missions all around the world.

Considering the nature and circumstance of their jobs, it would only be a matter of time before a disaster strikes on a submarine.

While on a job off the coast of North Korea, the Bravo Team is forced to use the sub’s torpedo tubes to get back on board. However, the tube malfunctions and traps one of them inside.

With an enemy vessel heading for them and the oxygen supply slowly depleting, their rescue efforts are put on hold for the safety of the entire team. 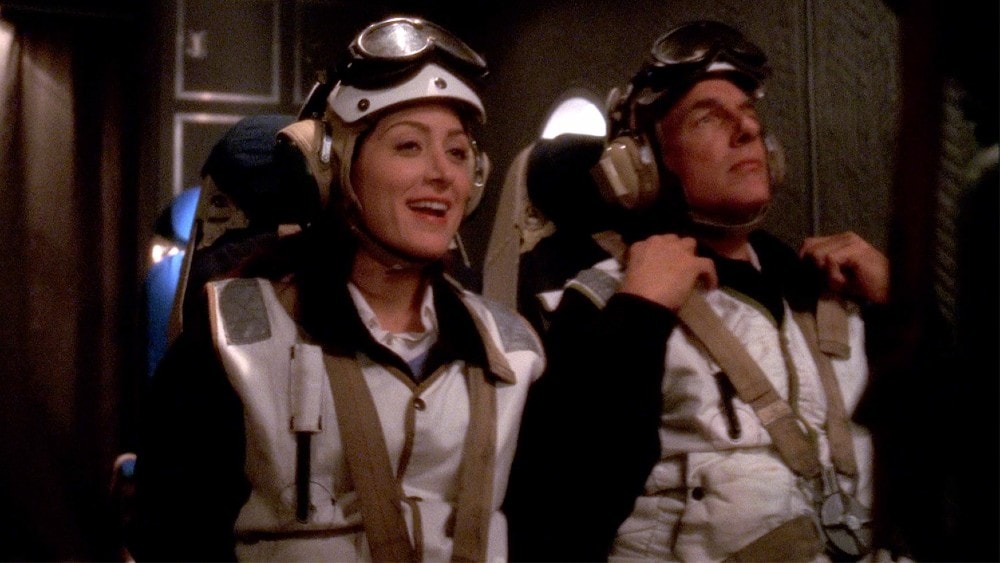 Now awaiting its nineteenth season, NCIS is one of the longest-running primetime TV shows on the air. As a combination of military drama and procedural series, NCIS follows a fictional team of special agents who deal with cases of major criminal offenses within the US Navy.

Early in their pilot season, one of the cases that falls into their lap occurs on a submarine where two workers stumble upon the dissolving body of a submariner – and yes, I say “dissolving” because the body was found in a drum of acid.

The NCIS team launches an investigation and finds that the killer may have more sinister plans as he boards one of the submarines and poses as the victim. 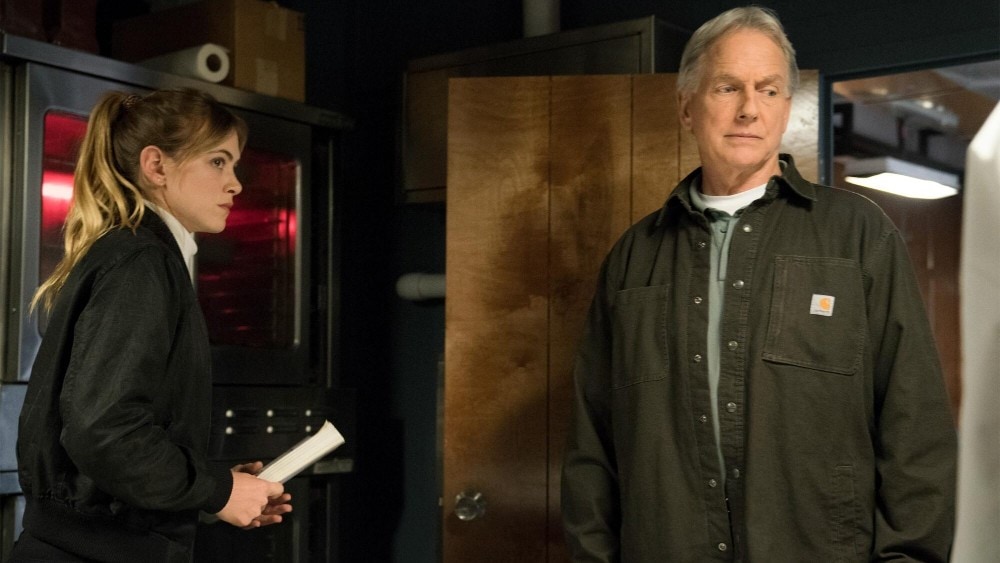 A submarine makes another appearance on NCIS many seasons later but this time, the episode takes place primarily on the sub itself.

Gibbs and Bishop are both onboard the USS Memphis, a nuclear submarine, to investigate the death of a Navy SEAL. However, things take a turn for the worse when the submarine seems to go rogue and those at headquarters learn that it’s gone radio silent, putting them out of contact with their team.

Now, they race to find out who’s responsible for the turn of events and stop them before they inadvertently go to war. 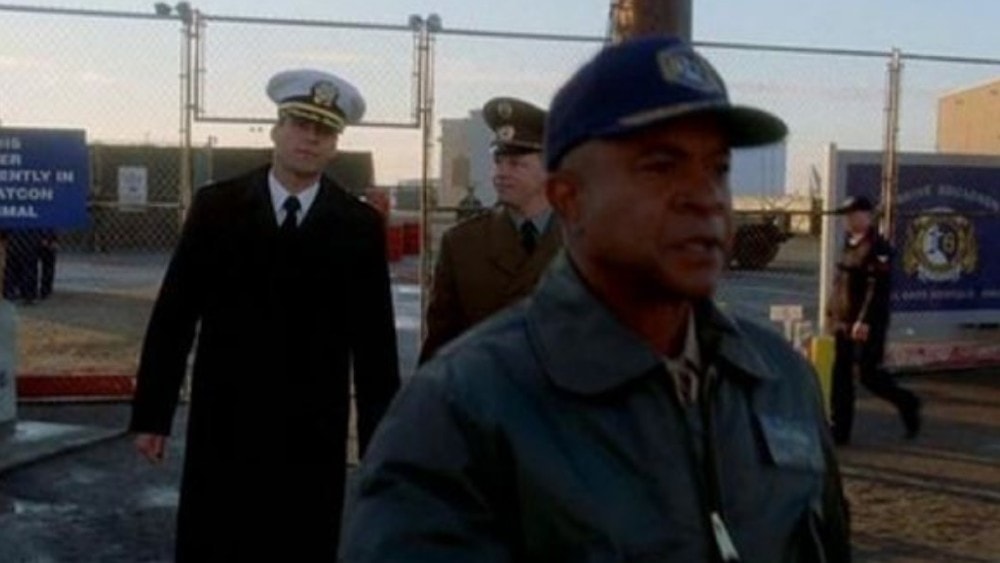 Where NCIS is the law enforcement branch of the Navy, JAG is the legal department. The two are so closely tied together, in fact, the NCIS series is actually a spinoff of JAG!

A Russian sub sinks and the blame is placed on a nearby American vessel, though the fault really lies in faulty design. Revealing the truth would disclose a huge advantage, putting them at an impossible crossroads.

Meanwhile, a female officer graduates with honors but is rejected when applying to serve on a submarine, launching an investigation into why women are not allowed to do so.