There’s really only one thing that comes to mind whenever someone mentions the 1940s: World War II. After all, the war took place over the first half of the decade, and even when it did end, its effects carried over into the 50s and into the decades after. Even the technological advances that were born in this decade often had connections to the ongoing war and were then later redeveloped.

During the years when the war was happening, many aspects of pop culture had negative undertones towards Germany and Japan. At the same time, there was a sudden shortage in many goods that people had taken for granted – like butter, sugar, petrol, and even rubber and cloth – because they were needed for the war efforts.

On the flip side of things, a lot of things that we enjoy (for lack of a better term) today came about in the Forties, like the Slinky, Tupperware, the frisbee, and even the microwave oven! It was also in this decade that Mt. Rushmore was completed, Captain America was introduced by Marvel, the NBA was founded, Citizen Kane premiered in cinemas, and of course, the UN was established after the war.

One could argue that the 1940s was a very difficult time to be alive, that’s for sure.

When it comes to TV shows today, though, that also means there were so many events that could serve as inspiration. This list of modern TV shows set in the 1940s is almost like a mini-history lesson wrapped up in all kinds of entertaining storylines! 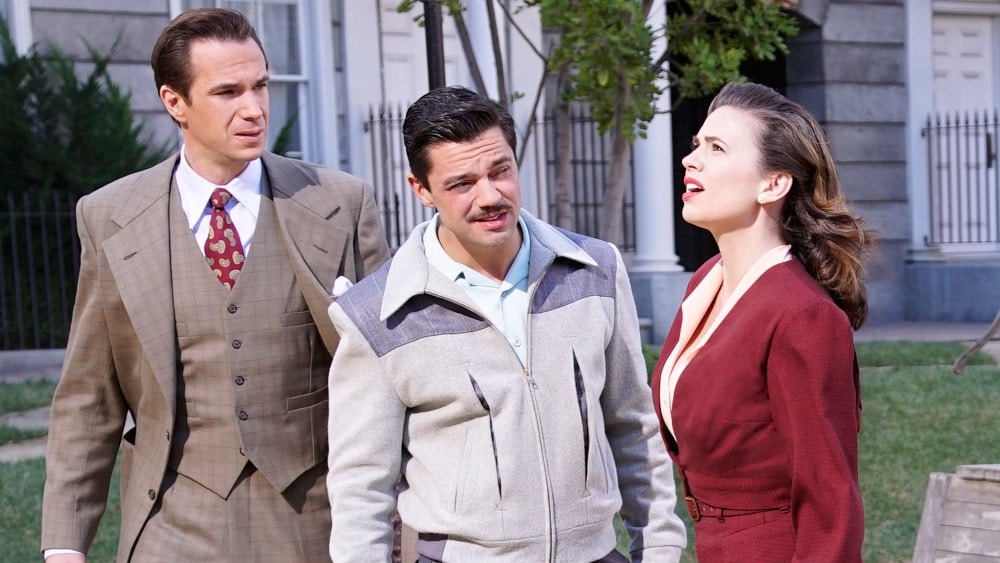 It was hard not to fall in love with Peggy Carter when she first appeared in the Marvel Cinematic Universe, and it was always comforting to know that Steve Rogers did eventually have a proper life with her. What happened in between, however, is what we get to see in ABC’s two-season Agent Carter.

Following what she thought to be Cap’s death, she continues her work with the Strategic Scientific Reserve in New York (while also assisting Howard Stark with the help of Jarvis) before moving to LA to combat the Secret Empire – all while dealing with the complications of a potential love interest. 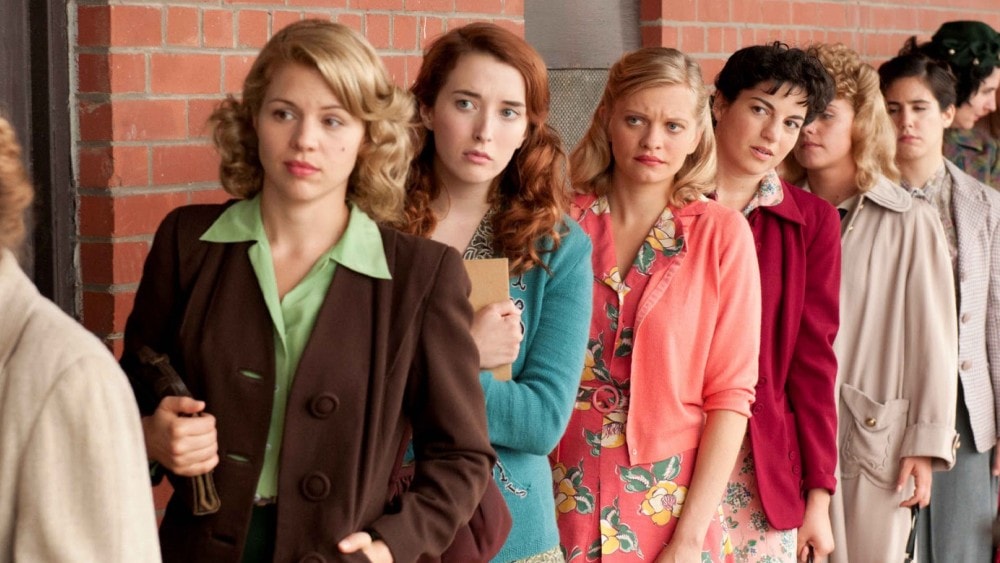 Not only does “bomb” in Bomb Girls accurately describe how awesome the women at the center of the show are, but it’s also a dead giveaway to tell us what these women do.

Bomb Girls is a Canadian series that follows four women working at a munitions factory to make up for the lack of labor now that the men have gone to war.

Now liberated from the societal restrictions pre-war, like the notions that women should stay at home or are incapable of excelling in dangerous jobs, Lorna, Gladys, Kate, and Betty fight against personal battles with husbands and fathers in order to find themselves and forge a strong sisterhood amidst troubling times.

Fleming: The Man Who Would Be Bond, BBC America/Sky Atlantic (2014) 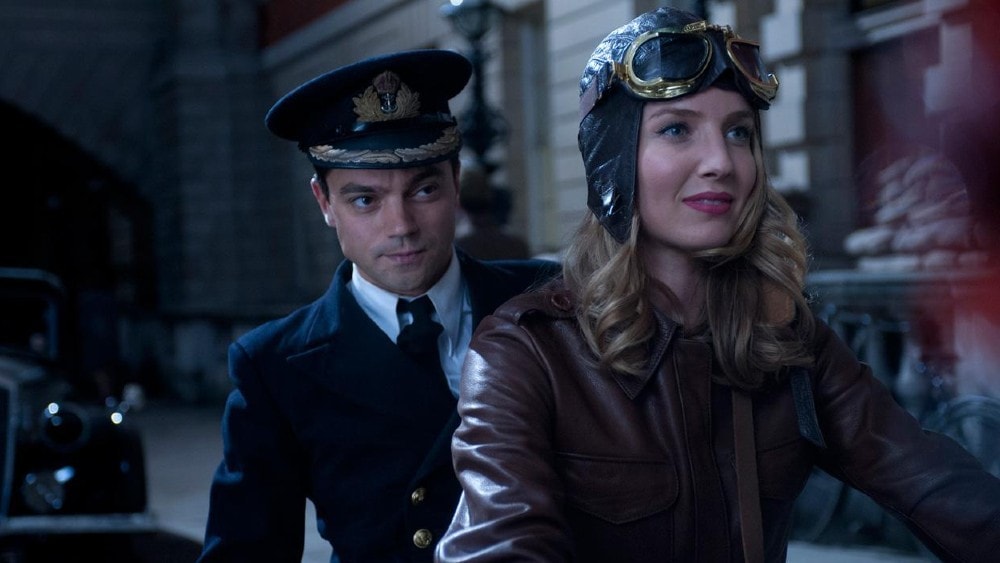 Bond, James Bond. Yes, Fleming: The Man Who Would be Bond is, in fact, a strongly fictionalized miniseries about Ian Fleming, the man who created the most well-known spy in, well, ever.

Though the James Bond novels and movies do also take inspiration from Fleming’s own life and experiences, the TV show tells more about Fleming himself.

The four-part miniseries takes place between 1938 and 1952, starting off with showing Fleming as a wealthy playboy. This changes when he is recruited during the war by the British Royal Navy for their Intelligence Division as a spy – though that still doesn’t get in the way of his pursuit for romance, either. 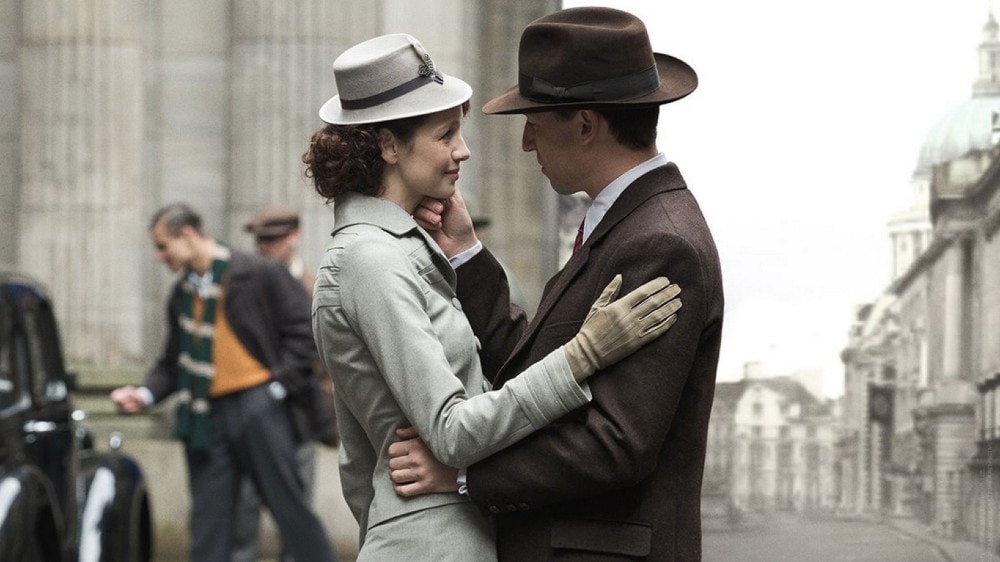 The Starz original Outlander is a bit of a conundrum in this case because it’s not technically set in the 1940s – at least not entirely. That’s because as a work of historical fiction, it involves a lot of time travel!

We meet our protagonist Claire Randall in 1945 where she and her husband Frank are visiting the Craigh na Dun standing stones in Inverness, Scotland. Unbeknownst to her, the stones are a time-traveling portal and before she knows it, she’s transported back in time to 1743.

As the series progresses, Claire (and eventually her daughter Brianna, too) finds herself going back and forth between the 18th century and her own timeline in the 1940s. 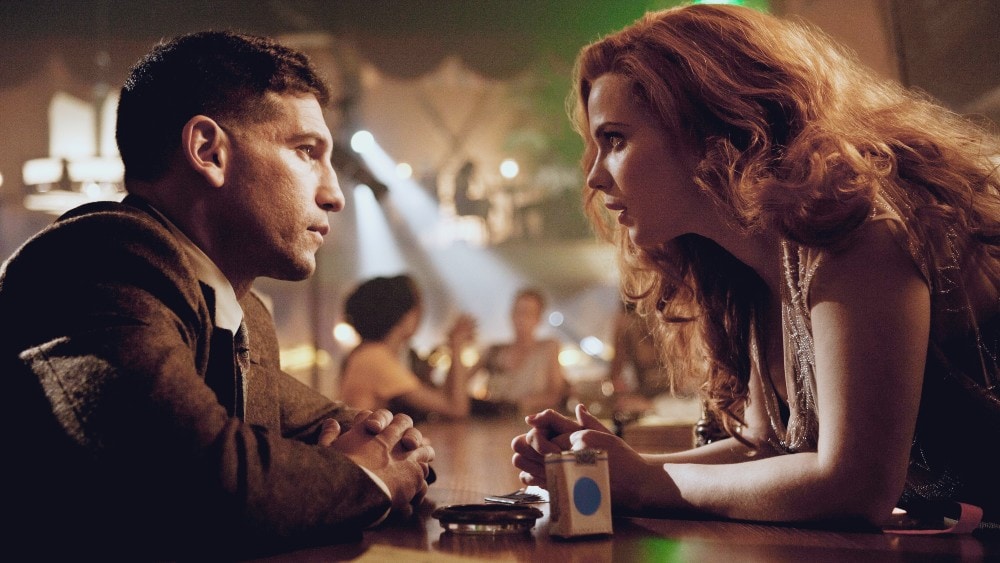 The years immediately following the war was a time of rebuilding and starting anew. While that made society conducive to further developments in technology, a boom in the economy, and a sudden resurgence of brighter pop culture, that also meant there was more room for large-scale crimes and corruption.

Mob City explores the conflict between the LAPD and the LA mafia, an antagonism that began in 1947 but lasted for decades after.

Detective Joe Teague is at the center of it all, caught between the gangsters ruling the streets of LA and a police force that’s already too deep into the mafia’s back pocket. 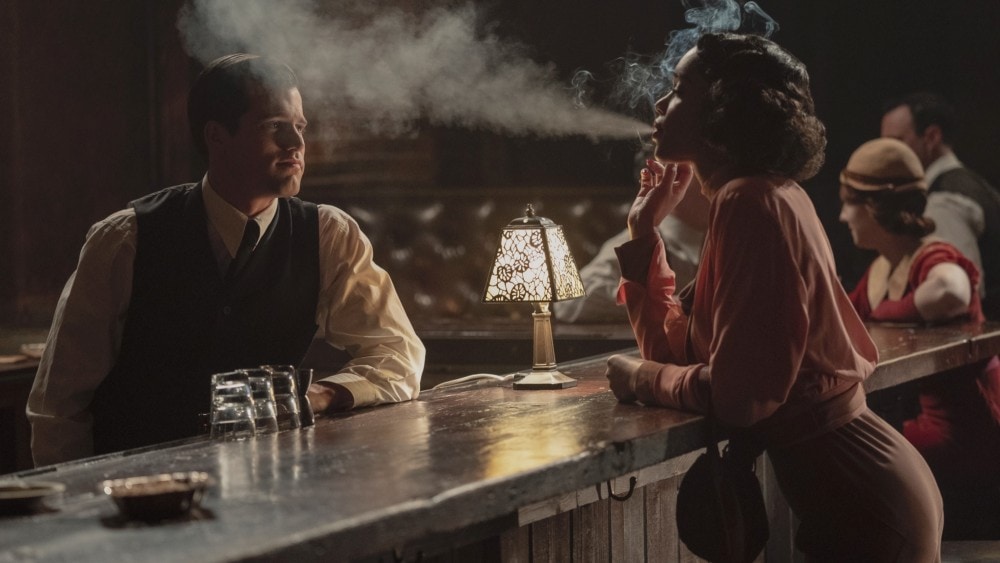 Like we mentioned in the previous show, pop culture had its renaissance after the war when many celebrities returned to the silver screen and studios were in a mad rush to produce and release films again.

The Netflix original miniseries Hollywood tells a somewhat fictionalized version of the untold stories of aspiring actors and filmmakers who would stop at nothing to get their chance in the Hollywood spotlight. While many references are made to real-life celebrities of the time, a lot of creative license was utilized as well.

Under the direction of showbiz veteran Ryan Murphy, Hollywood features an ensemble cast and stunning performances all around. 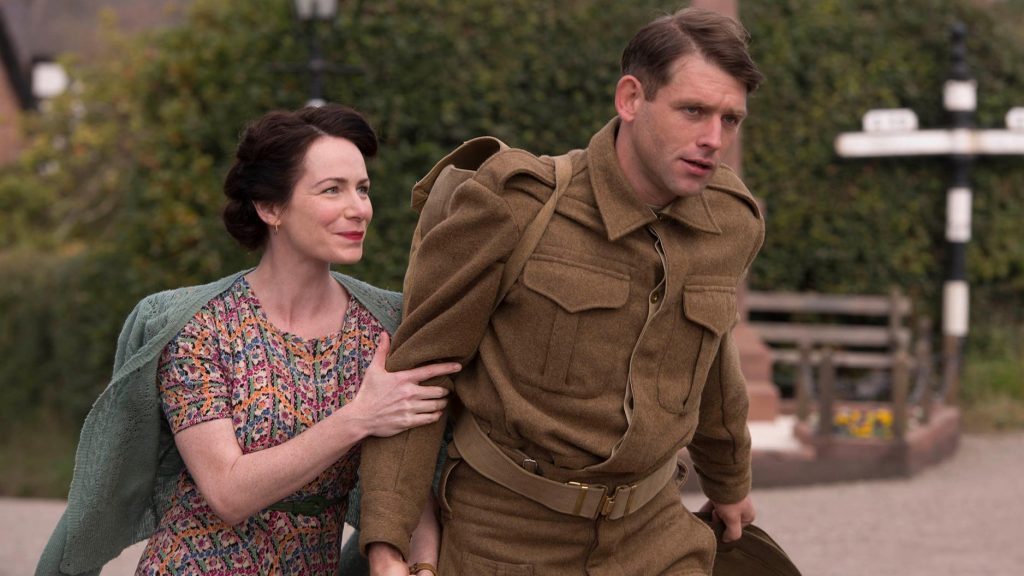 Home Fires takes us back to England, more specifically in a small rural community in Cheshire called Great Paxford.

It starts in late 1939, just as the Second World War has begun, but tells of the struggles of war from the perspective of the members of the Women’s Institute as they played their parts on the Home Front.

With the Institute under a new leadership that pushes for a more egalitarian reform, the official declaration of war brings about unforeseen circumstances in the lives of the six women at the center of Home Fires.

How will the Women’s Institute support the military efforts while coping with the hardships of seeing their loved ones off to war? 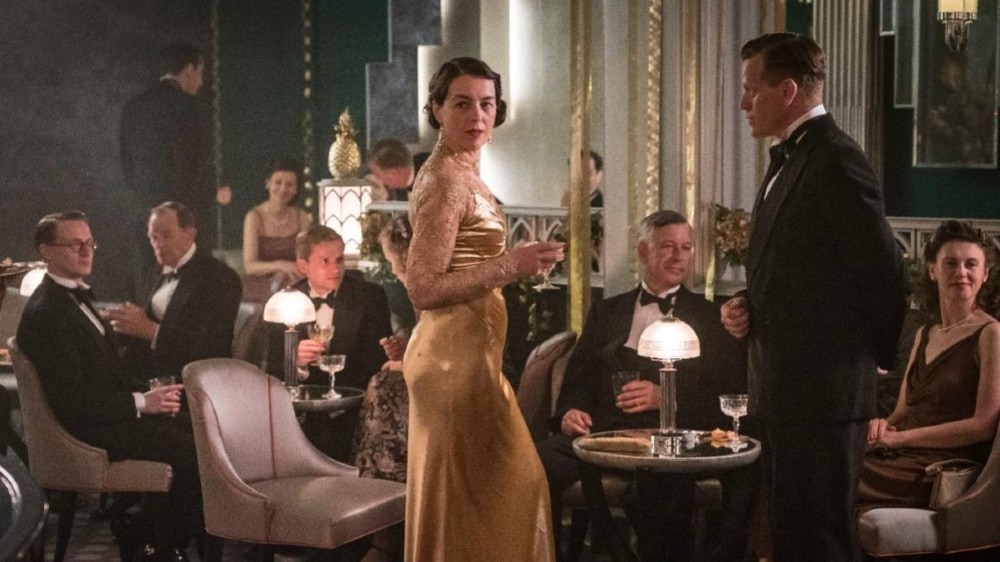 On the heels of the non-renewal of Home Fires came yet another period drama during World War II from ITV, The Halcyon.

Still set in war-ravaged England in 1940, The Halcyon takes us to London and provides a different perspective on the experience of war – far removed from the viewpoint of soldiers, nurses, and spies that we’ve encountered so far on this list. Instead, the show focuses on the upper echelons of society and how those embroiled in the high-class business of the five-star Halcyon Hotel deal with the effects of the war.

According to ITV, it aims to show life “through the prism of war and the impact it has on families, politics, relationships and work across every social strata.” 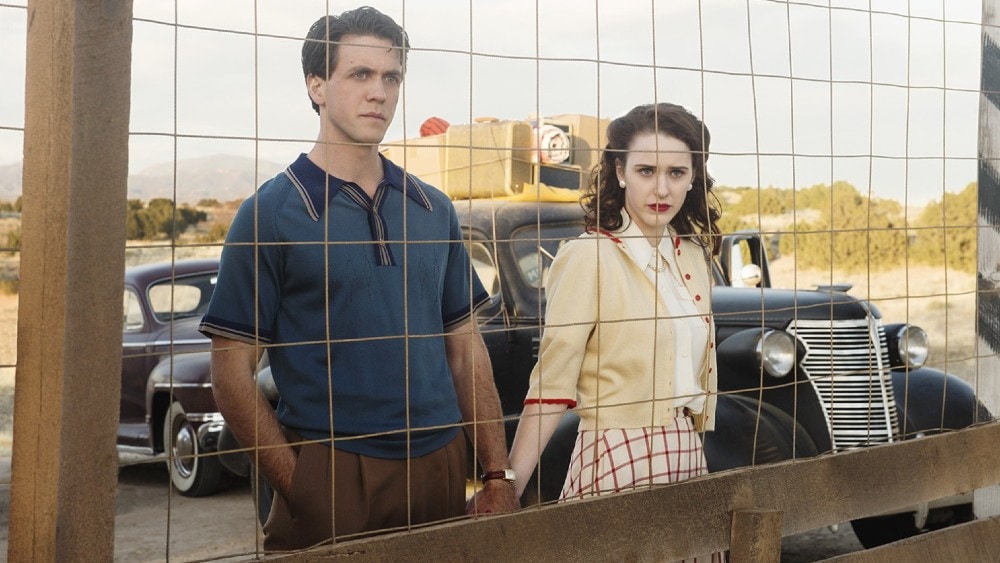 History buffs might get the title reference right away in relation to the Second World War but for those who don’t, this show’s title Manhattan refers to the Manhattan Project, the research and development program in the United States that focused on the creation of the first nuclear weapons – in particular, the atomic bomb.

Though the project had many sites, Manhattan centers on the scientists working in Los Alamos, New Mexico who are told only what they need to know and whose families know absolutely nothing of the work their loved ones are undertaking.

Though in part historically accurate in terms of notable figures, many of the events in Manhattan are fictionalized as well. 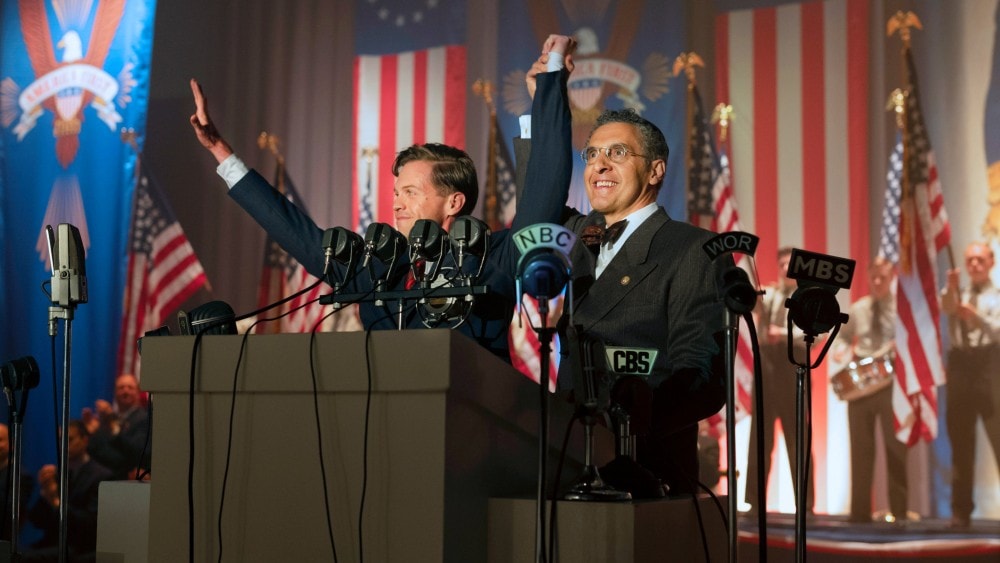 I personally love an alternate history series in the grain of The Man in the High Castle, and HBO’s The Plot Against America brings yet another fresh perspective on an alternate World War II experience.

Based on the novel of the same name by Philip Roth, the series picked up in June 1940 as the war continued to escalate.

The Levin family is a working-class Jewish family living in Newark, New Jersey, and it is through their eyes that we watch the effects of the war unfold. However, Charles Lindbergh – a military officer and aviator who was historically known for his controversial non-interventionist (and potentially Nazi sympathizer) stance – is the president, and the Levins must watch as he uses his “xenophobic populist” policies to “[turn] the nation toward fascism.” 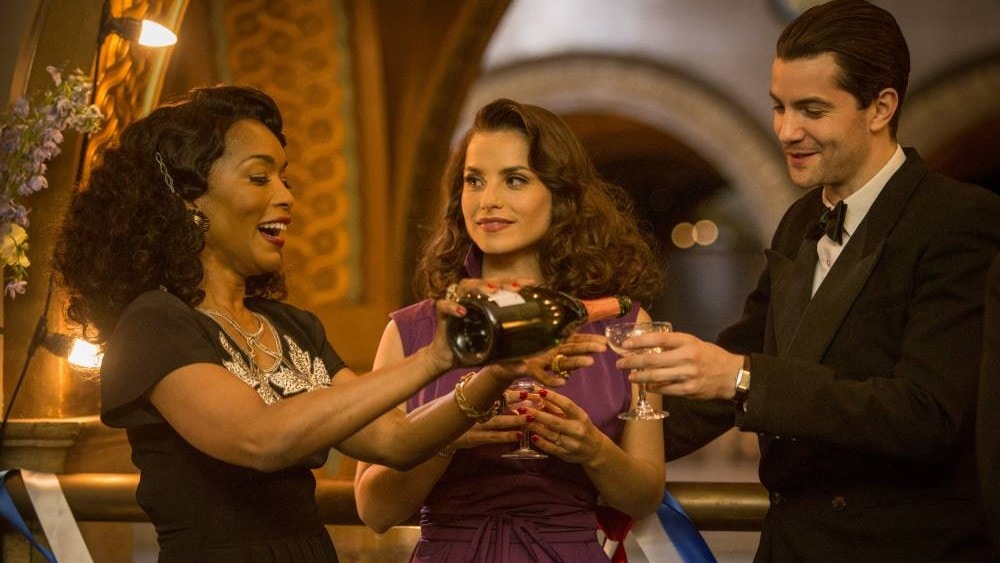 The BBC Two miniseries Close to the Enemy brings us immediately after World War II and into the late 1940s.

Dieter Koehler is a German engineer with expertise in jet engine technology – something that the British RAF are keen to get their hands on in order to get ahead of the Cold War. To get Koehler on their side, the British detain both him and his daughter Lotte back in Great Britain.

Intelligence officer Captain Callum Ferguson is in charge of getting Koehler to share his knowledge but is unsurprisingly met with resistance from the latter.

With other key players trying to achieve their own personal agendas, how are the British going to obtain the information they need? 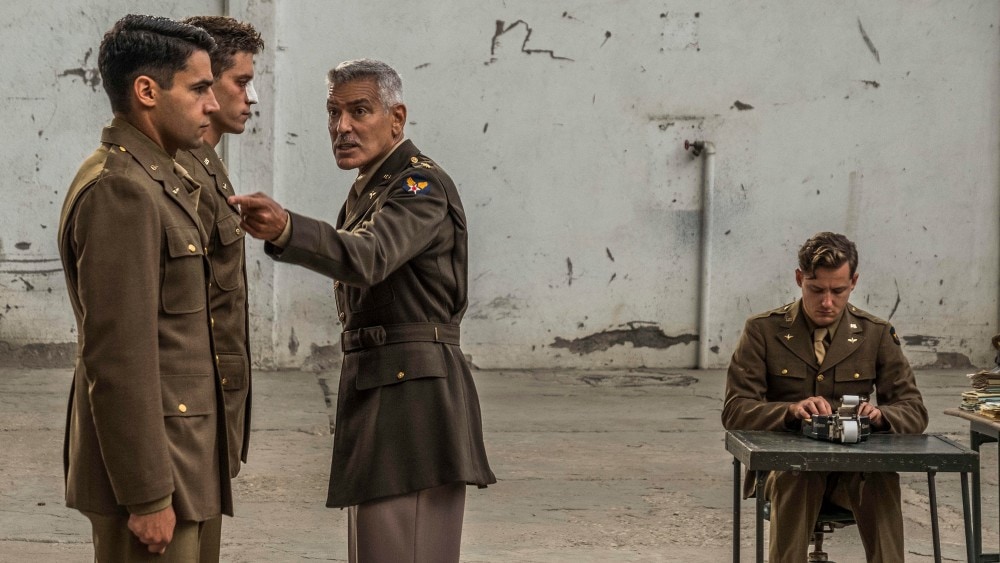 Hulu’s Catch-22 may be the only show on our list with a touch of humor in it, albeit dark and satirical humor!

Based on Joseph Heller’s 1961 novel of the same name, the title has now become a well-known phrase that basically means a lose-lose situation – or being stuck in a situation you can’t escape from.

In the case of the Catch-22 series, bombardier John Yossarian is stuck flying missions to kill their enemies but does everything he can to get out of it. From pretending to be sick to sabotaging communications but all to no avail, he really is in his own catch-22. 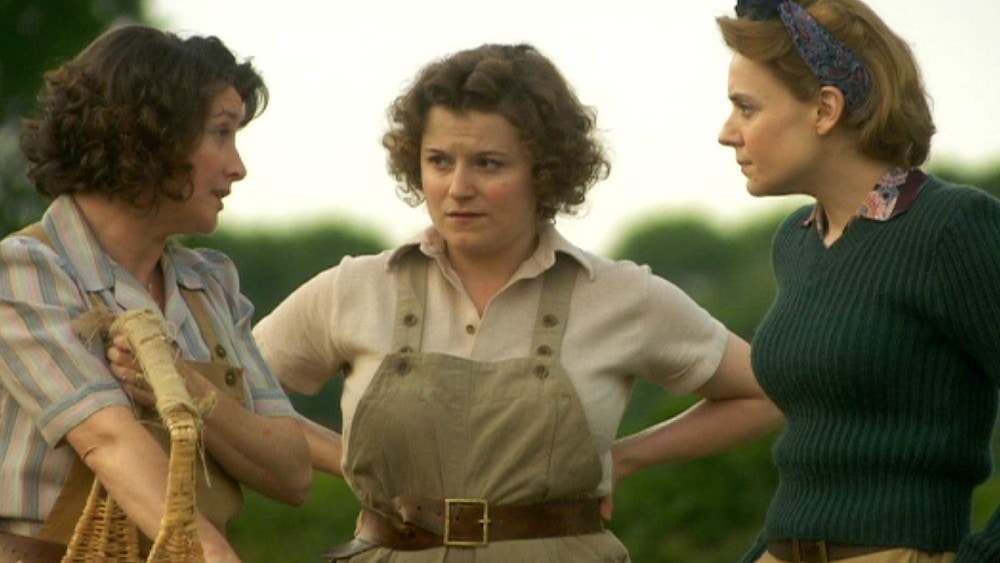 On the 70th anniversary of the start of World War II, BBC One broadcast Land Girls, a period drama set against the backdrop of war-ridden England in the 1940s.

The show follows the story of four young women – Nancy, Joyce, Bea, and Annie – on the luxurious Hoxley Estate where they begin to work on the manor’s Pasture Farm as part of the Women’s Land Army.

Similar to the women in the previously mentioned Bomb Girls, they’ve been tasked to work in the agriculture sector to make up for lost labor now that the men are off fighting in the war. As the war progresses, their lives too begin to change – and it will never be the same again. 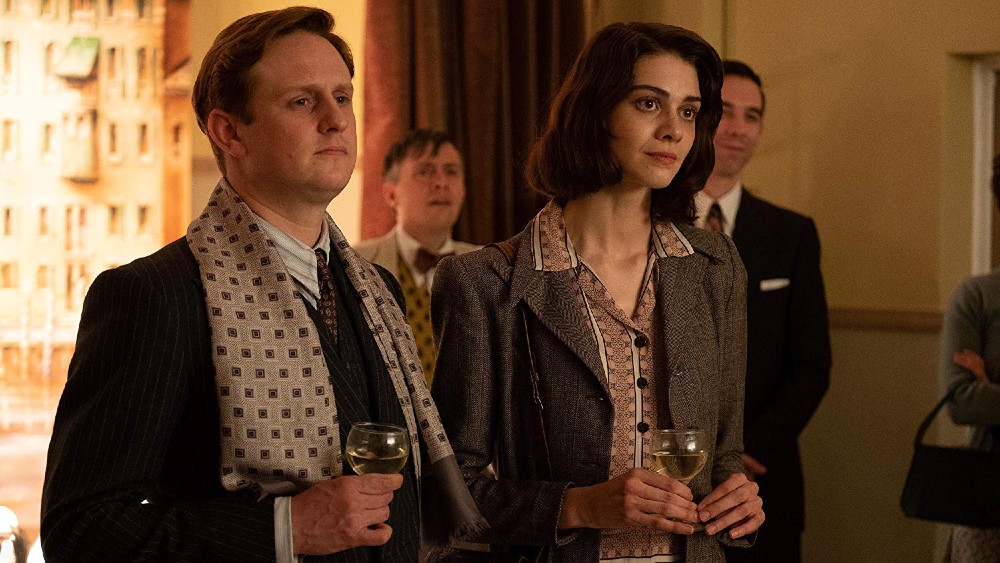 It’s 1945, the war is officially over, and Great Britain has emerged as one of its victors. As we know, however, just because the fighting has stopped, doesn’t mean that the work is completely over.

Traitors is a six-episode miniseries that tells an intriguing story of espionage and, well, betrayal that was all too necessary.

The protagonist Feef Symonds is a young, brilliant woman in her 20s who works an unassuming job at the Cabinet Office. Her life is altogether unremarkable – until she’s recruited by an American agent from the Office of Strategic Services to find a Soviet spy working in her agency. 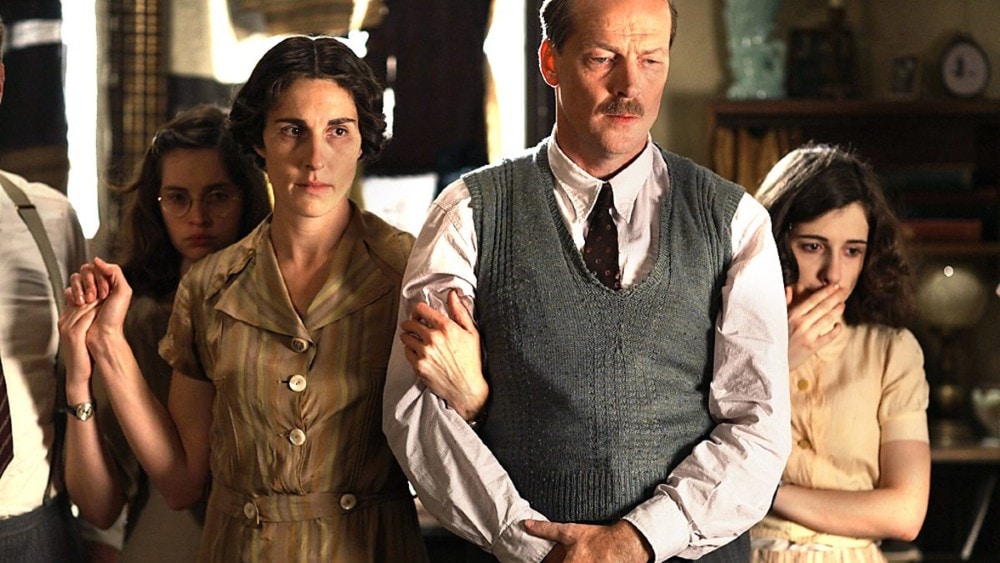 The story of Anne Frank and her family will always be one of the most heartbreaking tales of the Holocaust throughout all of history – and one that needs to be told for generations to come.

The BBC miniseries adaptation The Diary of Anne Frank is based on the book compiling writings from Anne Frank’s actual diary as she documented her and her family’s life in hiding from 1942 to 1944.

She was a German-Dutch young girl living in the Netherlands, and she was a Jew. For two years, they were forced to hide in a warehouse attic under the protection of the most trustworthy of employees, until one day their worst nightmare came barging into their hideout.