Netflix has a pretty vast collection of original content for all audiences. But their newest fantasy adventure series entitled Cursed is definitely for a more mature audience, despite being described as a milder version of Game of Thrones.

Cursed is a creative reimagining of the legendary story of the future King Arthur, way before he was even close to donning the crown.

It unfolds through the eyes of Nimue, a young Fey woman destined to become the Lady of the Lake. On her journey to embrace her destiny, she must deliver the Sword of Power to Merlin while leading the Fey people in a fight against the Red Paladins, an army of Christian monks who are persecuting all magical beings.

With the way things ended in the season one finale, it was devastating to hear that Netflix chose to cancel the show after just one season.

But to dull the pain, we’ve put together a list of shows somewhat similar to Netflix’s Cursed in the fantasy/action/adventure drama realm that you can binge to fill in the void left behind by Cursed. 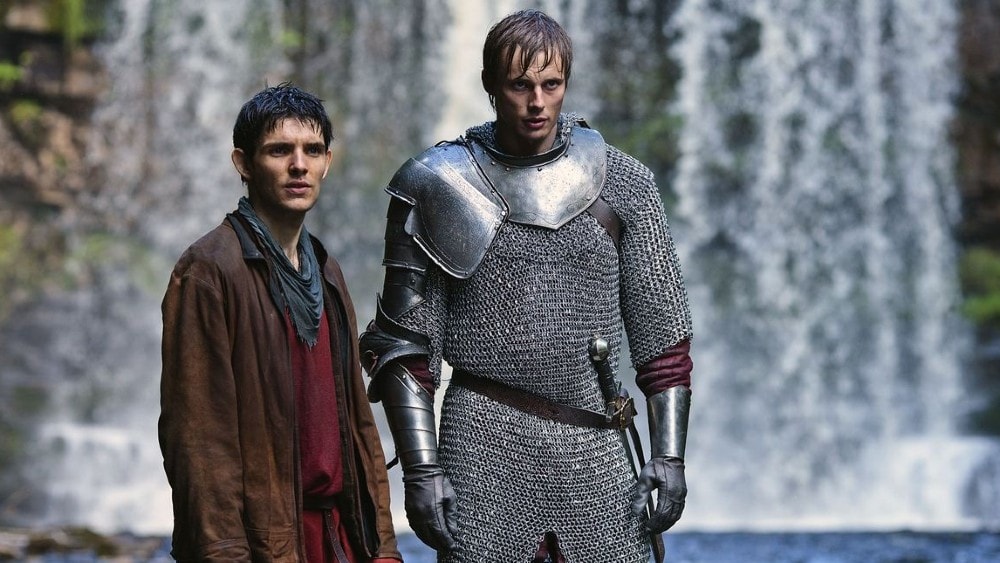 The most similar series to Cursed would have to be BBC One’s Merlin, as it’s also a fresh reimagining of the famous Arthurian legends and takes a different perspective from the traditional tales.

Instead of the Merlin we know that’s a wizened old wizard guiding King Arthur, they are instead peers albeit initially with low regard for each other. When Merlin arrives in Camelot, he discovers that magic has been outlawed by the king, Arthur’s father and that he must hide his abilities. However, his destiny is soon revealed to him as protecting Arthur who is in turn destined to unite Albion and return magic to their land. 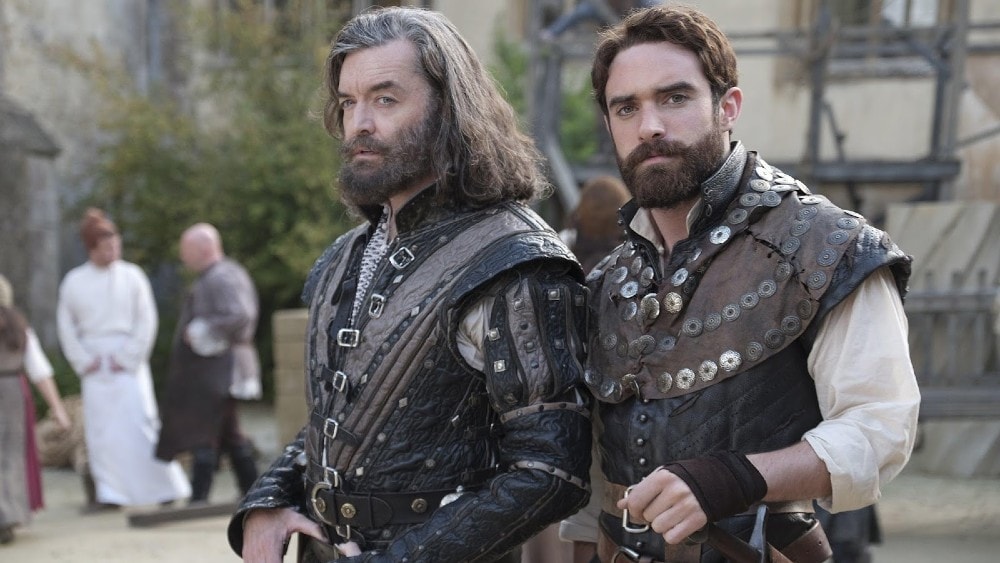 Departing from the more serious fantasy dramas, ABC’s Galavant is a musical comedy from the brilliant mind of Dan Fogelman and the music geniuses Alan Menken and Glenn Slater.

The show follows the handsome hero Galavant on his various quests, always assisted or accompanied by individuals he meets along the way including his squire, a princess, and even a (former) king. Galavant’s first quest involves chasing after his beloved Madalena, who has been kidnapped by King Richard – the very same king who eventually joins Galavant in his second quest as to recruit an army for them. And yes, these episodes do unfold with plenty of song and dance! 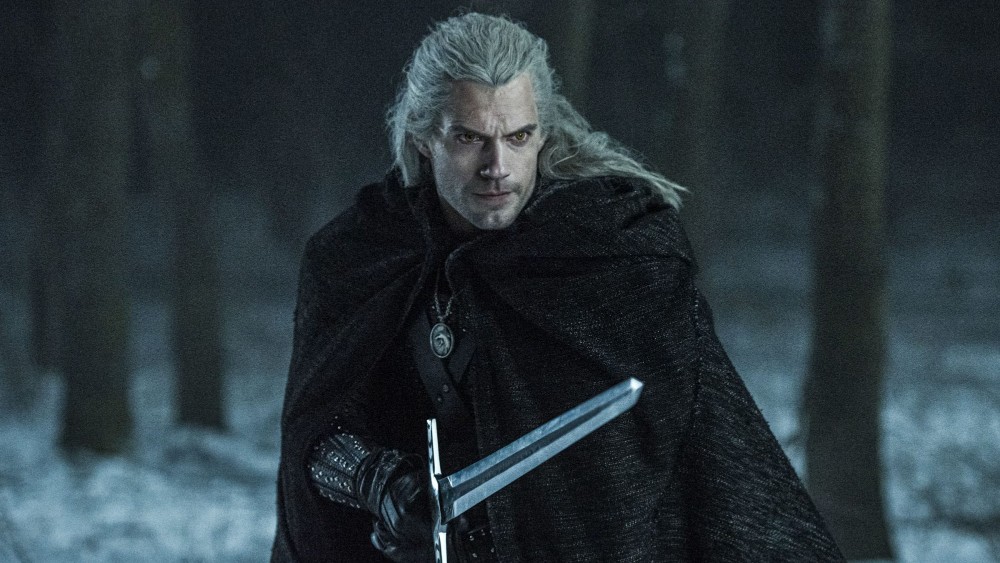 Another of Netflix’s hit fantasy series is The Witcher, based on the series of novels of the same name by the Polish author, Andrzej Sapkowski. Similar to Cursed, The Witcher has a supernatural element in the presence of otherworldly creatures. Where it’s the Fey people in Cursed, it’s all sorts of monsters based on mythology in The Witcher.

The series itself primarily explores the legend and destiny of Geralt of Rivia, one of the last witchers – a group of individuals mutated and trained from a young age to hunt and kill monsters. It also follows the story of the princess Ciri, who is linked to Geralt by their destinies. 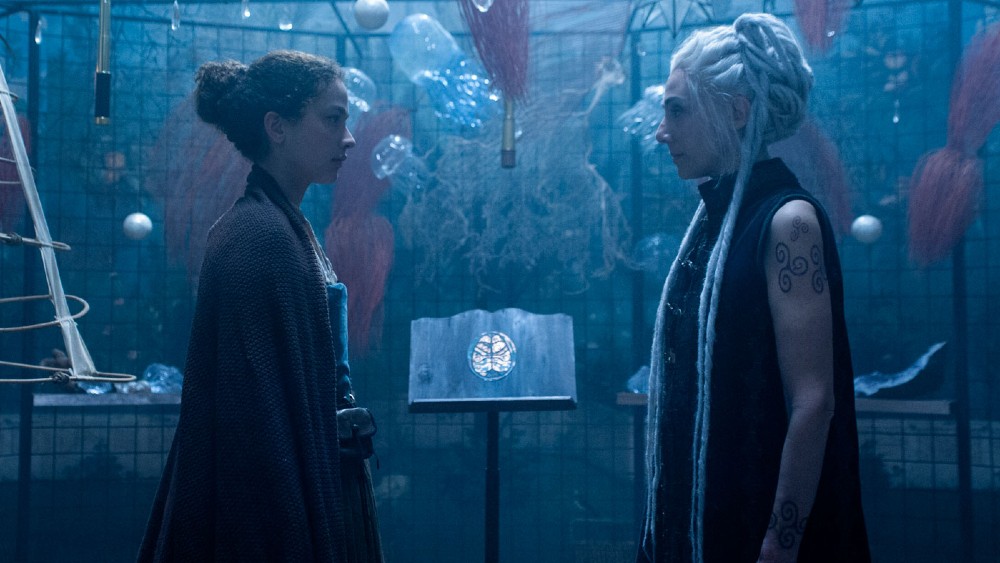 Even internationally, the fantasy genre seems to be a pretty big hit for original greenlights at Netflix. Luna Nera hails from Italy and is set in the 17th century.

Though its premiere season only had six episodes, it still managed to weave a spellbinding story about witches who were being persecuted for witchcraft. Given the timeline, you can imagine what the punishment for that was! These strong women do eventually fight back, with the help of some good guys, with a secondary plotline unfolding to reveal a story of star-crossed lovers. 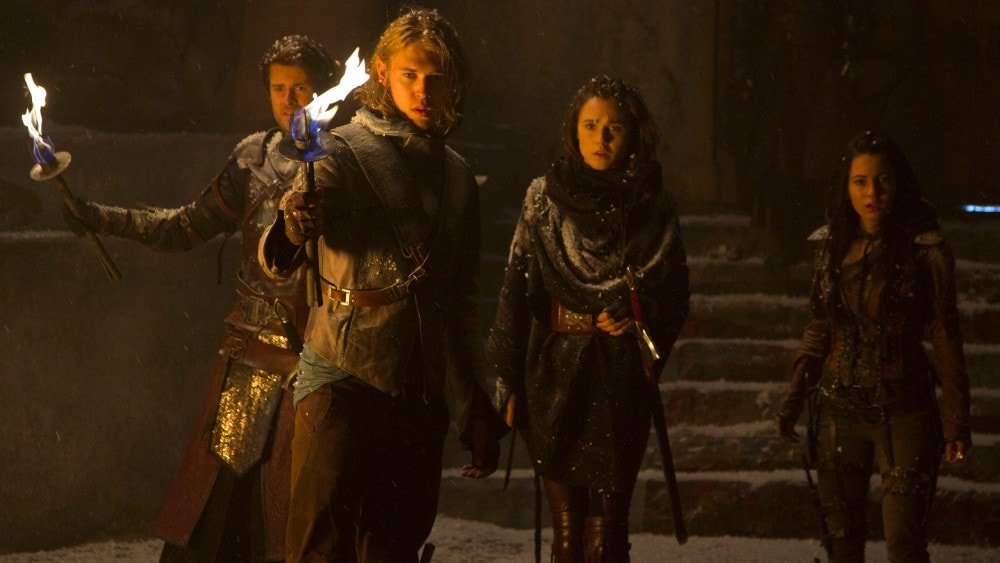 The Shannara Chronicles is the TV adaptation of author Terry Brooks’ The Sword of Shannara trilogy of novels and is set primarily in the fictional Four Lands.

It’s been thousands of years since the collapse of humankind, leaving supernatural beings to live freely with the remaining humans. Demons had been banished to an area protected by an ancient tree called the Ellcrys. However, the Ellcrys is slowly dying and demons are starting to return to the world. To prevent this, half-human/half-elf Wil Ohmsford teams up with an Elven Princess and a human raised by thieves to save the tree and the world. 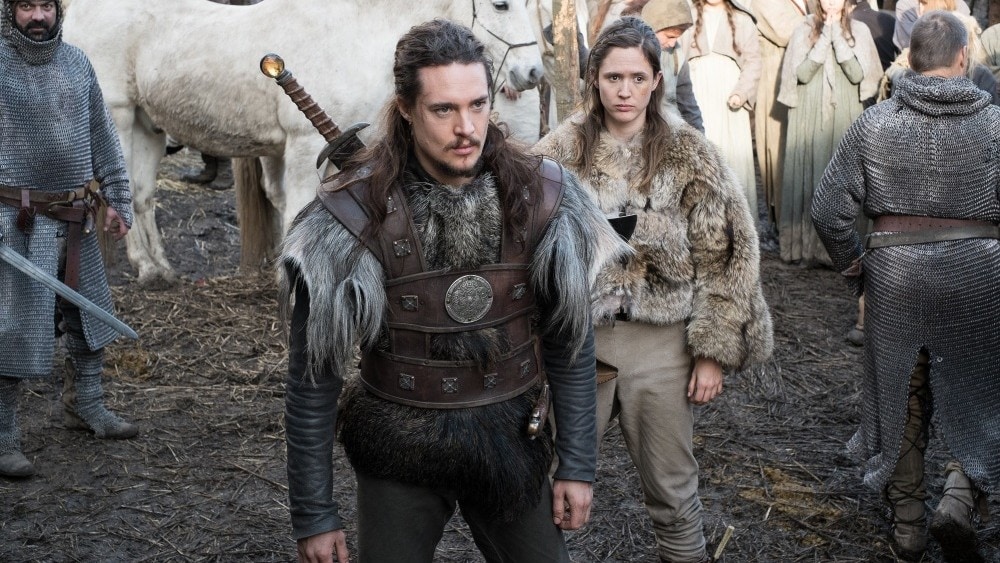 The Last Kingdom is the first show on our list that is actually based on real historical events – with the usual fictional embellishments, of course. The show chronicles the history of King Alfred the Great against the backdrop of what was essentially the birth of England, as he wished to unite the seven kingdoms of Anglo-Saxon England.

Though King Alfred does play a prominent role in the series, the main protagonist is Uhtred of Bebbanburg, a Saxon nobleman who’s adopted and raised by Danes when almost his entire family is attacked and killed. After his adoptive father is killed, Uhtred’s loyalties are constantly tested as he vows to seek revenge while also fighting for his rightful claim to Bebbanburg. 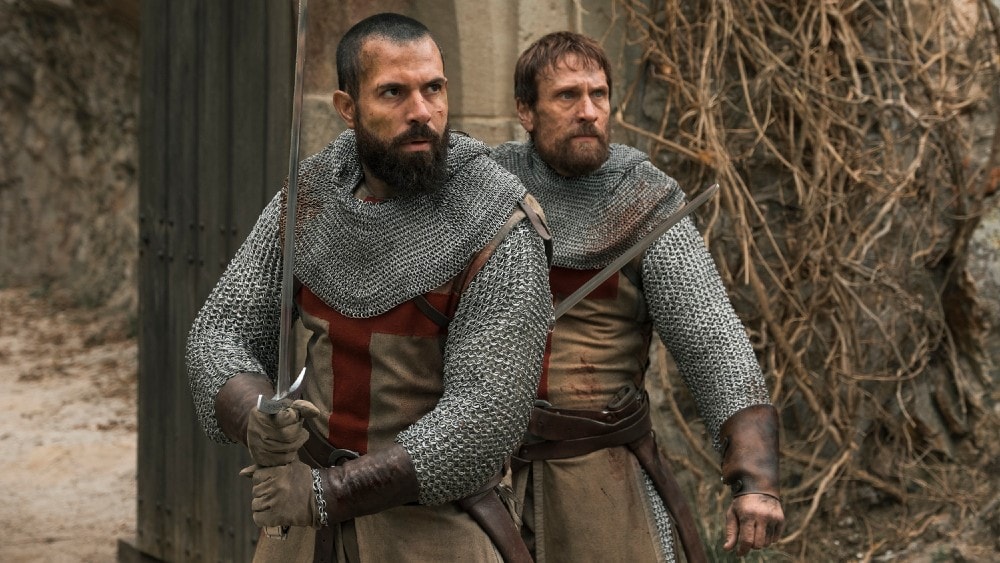 Another historical fiction on the list the History channel’s Knightfall, which takes place several centuries after The Last Kingdom in the early 14th century.

This is a great series for the medieval history buffs out there as it follows one of the most powerful military orders during the Middle Ages, the Knights Templar, and goes into their politics, ideals, lifestyle, and even warfare. The fictional Landry du Lauzon is at the center of the show. He’s a leader of the Templars determined to find the Holy Grail after it was lost in battle and in the long run, prevent the looming downfall of the Order. 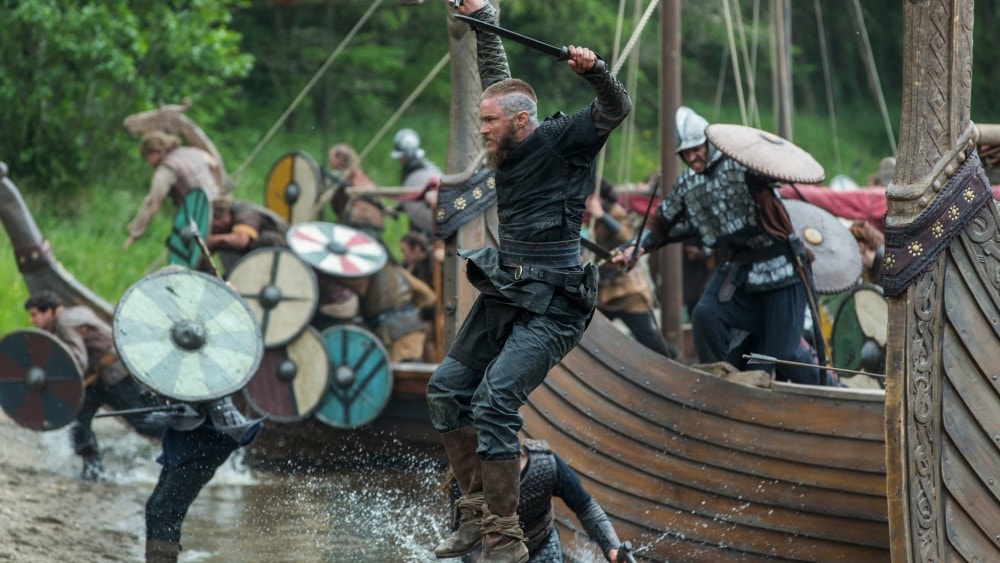 The History Channel makes it onto the list again with Vikings, a historical drama inspired by the Norsemen tales in Scandinavia during the early medieval period. Given that the Norse legends themselves were initially passed down through oral traditions before they were documented, many events in Vikings are fictionalized despite their basis in real historical events and people.

The series primarily gets its inspiration from the tales of Ragnar Lothbrok, a legendary Norse hero and eventually, a Danish and Swedish king. The series continues to recount the stories of his army and descendants, including his son Bjorn Ironside as he ascends to the throne. 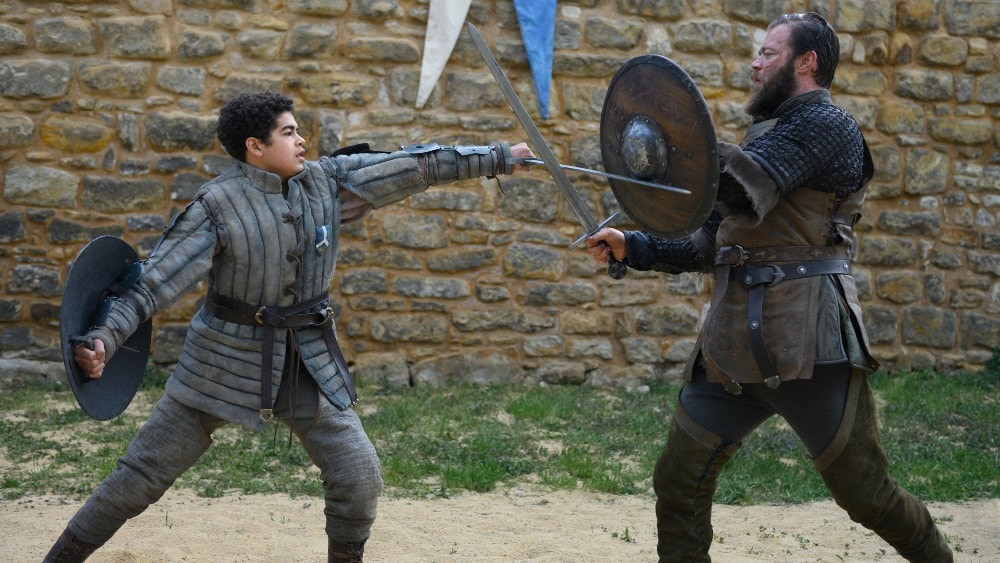 Tiuri is an aspiring knight though an introverted, feeble young man who really wouldn’t strike you as the heroic type. Unexpectedly, he finds himself thrust onto a mission to deliver a secret letter across the Great Mountains to the king. During the journey, Tiuri and his companions find themselves in many perilous situations and he is forced to overcome his insecurities and truly become a hero. 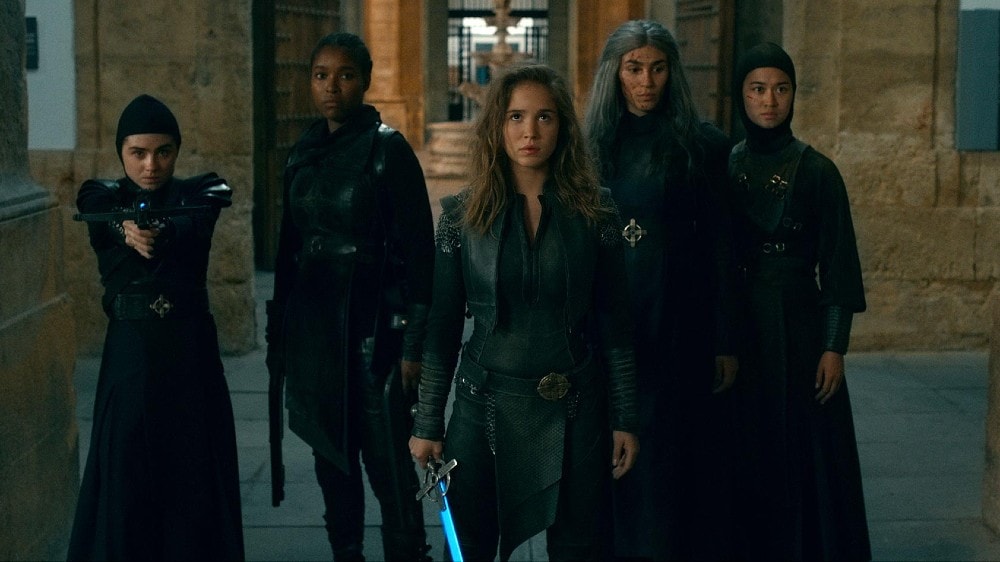 We’re ending our list with another very new series from Netflix, Warrior Nun. The show follows Ava Silva, a tetraplegic and orphaned teenager who wakes up in a morgue to find that not only is she no longer paralyzed, but she also has a holy artifact literally embedded in her body that’s given her a whole slew of superpowers.

She becomes a member of the ancient Order of the Cruciform Sword, an organization tasked with ridding the world of demons. Warrior Nun is similar to Cursed in that there’s a strong, young female lead being persecuted for being an otherworldly being. While Nimue is the Fey Queen, Ava is being pursued by both good and evil forces for the holy object in her body.