Right now military dramas are a hot commodity in the TV world. So we thought that it’s time to check which are the best military series that are currently airing, recently finished their seasons or about to launch their new ones.

But before we dive into this list of the best current military TV shows, we have to warn you that shows like NCIS, Homeland, Shooter or The Last Ship didn’t make this list. Because on this particular list, we will focus on military dramas that feature military teams working towards protecting their countries from threats in real-life combat situations. And we will list the shows in chronological order from the longest-running one to those that debuted just recently.

Alright, now that that disclaimer is out of the way, let’s match on and find out which TV series made this best military TV show list.

First up we have Strike Back. A joint venture between America’s Cinemax and the UK’s Sky One in the form of a thrilling, action-filled TV series that premiered in 2010 and will be premiering its eighth and final season sometime in 2020.

Strike Back tells the story of Section 20, a covert unit with the British Defence Intelligence who works all over the world to gather intelligence and eliminate threats among other tasks. Yet the most interesting part of this military series is that each season not only has a new title, foreshadowing the events that are going to occur during it. But also that over the six seasons of Strike Back, there have been multiple different cast ensembles, which keeps the show fresh and new season after season.

If you want to see a British take on a covert unit doing what they do best, then you definitely should check out Strike Back. It has everything you would want in a military TV show. While the secretive nature of the team’s assignments ads an interesting spy-thiller layer to the whole series.

Where to watch Strike Back:

Another British military TV series that this list of the best current military TV shows simply couldn’t do without is Our Girl. Mainly because it is so vastly different from the rest of the shows on this list.

Similarly to Strike Back, the cast of Our Girl has changed over the three seasons that this show has been on the air. However, that doesn’t change the main plot of the series. Which is that the series follows a British army medic (Molly in the first season and Georgie in the second, third and fourth) while on tour first in Afghanistan, then Nairobi and finally in Nepal. But if usually we are used to military shows concentrating on predominantly male characters, then Our Girl, as the title suggests, centers on a female soldier and all the struggles and joys that come with being a woman in the army.

If you are looking for a female-led army TV series that has all the attributes of a great military drama then you should definitely give Our Girl a shot. It will let you view the armed forces from a female perspective, yet at the same time will give you all the action and edge-of-your-seat moments that come with it being one of the best army TV series currently around.

Where to watch Our Girl:

Next up we have Six. Another best military TV series title worthy drama hailing from the History channel.

If you are a fan of TV shows about Navy SEALS or are just interested in the U.S. armed forces, then you probably have heard of the famed SEAL Team Six. And Six, as the show’s title suggests, is a fictional show about this very unit. Detailing both the missions that this counter-terrorism unit goes on and their daily lives while not on duty. And with names like Olivia Munn, Barry Sloane and Walton Goggins attached to the project you are sure to be in for an exciting ride.

Whether you want to know a bit more about the day to day lives of SEAL Team Six or just like military shows, give Six a watch. It has great action scenes and an engaging plot that will keep you entertained for the whole duration of the two seasons of the series.

Where to watch Six:

Now on to another military show on TV, NBC’s The Brave. Which we have already covered on the blog a few times. But it definitely warrants one more mention.

The Brave follows a team of operatives in the field and a team of analysts back in D.C. who work together seamlessly to complete dangerous and at times seemingly impossible missions to ensure the safety of the U.S. and its citizens. This military series combines the excitement of seeing an elite undercover military unit in action with smart storytelling and a great cast to deliver a show that is worth binge-watching again and again.

Despite the show only having aired one season and getting canceled afterward, The Brave will definitely be worth your time. Because if you are a fan of action shows or like military drama genre as a whole, then you will love The Brave as well.

Where to watch The Brave:

The Navy SEALs are one of the best-known special operations forces in the world. So no wonder another show much like Six is exploring what it means to be a part of this elite force. And that is CBS’s SEAL Team.

But unlike Six, SEAL Team is all about the lives of members of Bravo Team, the most elite Navy SEALS unit. And at the forefront is David Boreanaz’s Jason Hayes, the leader of this group. Who leads his men behind enemy lives to complete many high-stakes missions from capturing ISIS leaders to rescuing CIA operatives and more.

With the third season already underway in place, SEAL Team should definitely be on the radar of any military show buff. This is one of the best Navy SEALS TV shows out there and has everything from solid characters to compelling storylines and great action sequences. So give it a watch if you haven’t already, your military-loving heart won’t regret it.

Where to watch SEAL Team:

Then there is The CW’s Valor. And despite it not making it past its initial first season, this show is still a worthy contender for a spot on this best military shows list.

Same as Our Girl, Valor stands apart from the other army TV shows thanks to the fact that it centers on a female soldier. But not just any female soldier. One of the first ones who is a part of an elite helicopter unit nicknamed Shadow Raiders. A force that frequently embarks on dangerous missions, many to save their fellow servicemen from being captives of the enemy.

By featuring an episode-to-episode mission format. But also having a more serialized plot running through all the 13 episodes of Valor, you can be sure that this show will keep you interested all through its short run. So don’t be put off by Valor’s 13-episode length, it makes for a great binge-watching show and you will love it if you’re looking for shows like SEAL Team, The Brave or any other military TV series featured in this a

Where to watch Valor:

And lastly, the newest addition to this list is Paramount Network’s upcoming series 68 Whiskey, premiering on January 15th!

This military dramedy is a US adaptation of an Israeli series called Charlie Golf One and tells the story of a team of Army medics stationed in Afghanistan. This show is a mix of comedy and drama. It seamlessly blends the intense drama of being a combat medic stationed in a US military base that has been nicknamed “The Orphanage” with lighter moments of comradery and humor that many real-life soldiers rely on to get them through the day.

So if you want to see all the nuances of being an army medic in a warzone including the often dangerous and absurd situations these medics find themselves in then you should definitely give 68 Whiskey a shot. It’s not only a great military TV show but also a hilarious comedy series with a cinematic look and a lot of heart.

Where to watch 68 Whiskey: 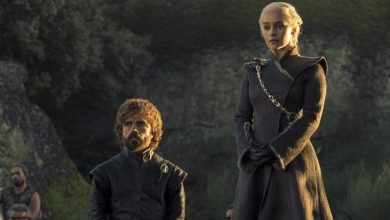 15 Most Iconic One-Liners in Game of Thrones 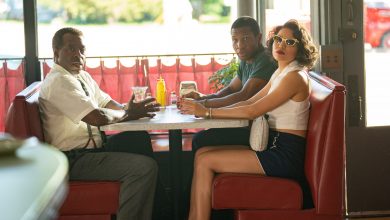 7 Other TV Shows About Horses Besides Heartland 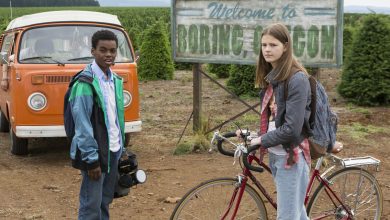 The Best Modern TV Shows Set in the 1990s