Dancing is such a unique and beautiful way that a person can express themself, regardless of the dance style they prefer – and there are truly so many different styles out there.

Whether you yourself are skilled in dance or not, it’s also just really fun to watch others doing it!

It’s one thing to watch dance shows live, like when watching an impromptu street battle or getting all dressed up for ballet. However, it can be just as much fun to watch movies and TV shows about it, too.

Not only do you get to witness the dancing itself, but you also see more of what it’s like to be a dancer – the blood, sweat, and tears that go into excelling in their craft.

With that, we’ve put together a list of the best TV shows about dance, in all forms and styles!

Make sure you put comfortable dancing shoes on because when the beats drop in these shows, you’re bound to want to get up from your couch and groove right along with them. 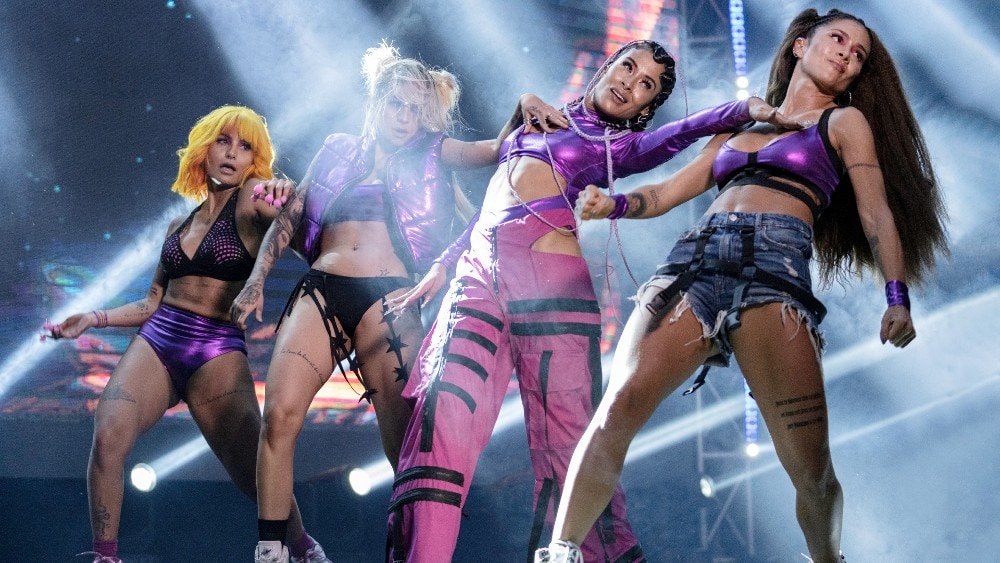 We’re kicking off our list with a Colombian Netflix original titled Savage Rhythm, or Ritmo Salvaje, which just released its first season of 8 episodes this March 2022.

Savage Rhythm combines dance with drama and of course, a touch of romance as it tells the story of Antonia and Karina, two passionate dancers from completely opposite sides of their world of dance.

Antonia has been professionally trained at the prestigious El Royal Academy while Karina picked up and perfected her skills on the streets, but their lives intertwine when they fight to reach their common dream. 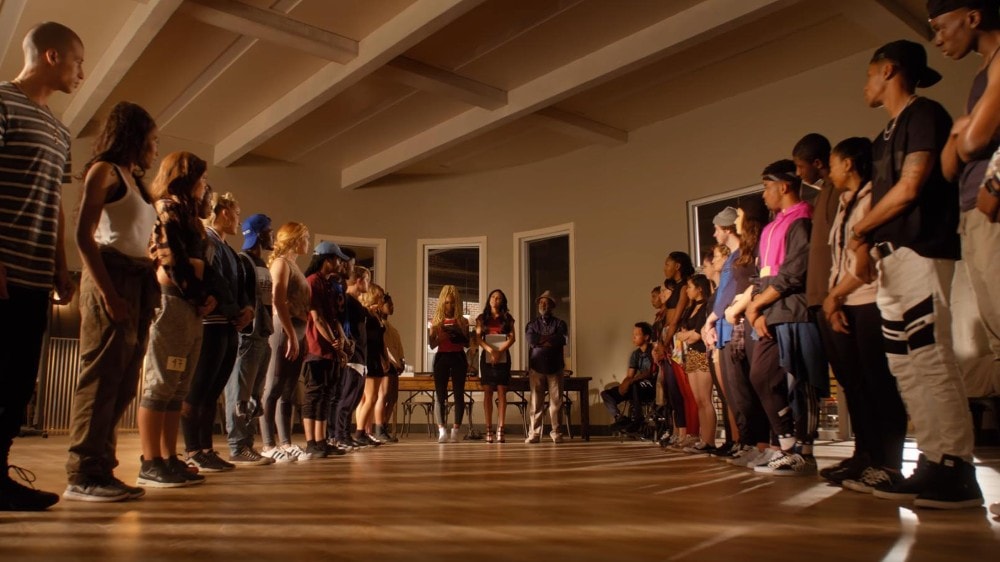 When it comes to films about dance, the Step Up film franchise is probably one of the first to come to mind for most people.

There’s no denying its popularity, and it comes as no surprise that a series was produced to continue its legacy.

The Step Up series (previously titled Step Up: High Water) begins in Atlanta, where twins Tal and Janelle discover that they need to relocate to Ohio to live with their uncle after their mother is arrested.

That’s where they discover the performing arts school High Water, and they’re thrust into the world of talent, competition, and a burning desire to realize their dance dreams. 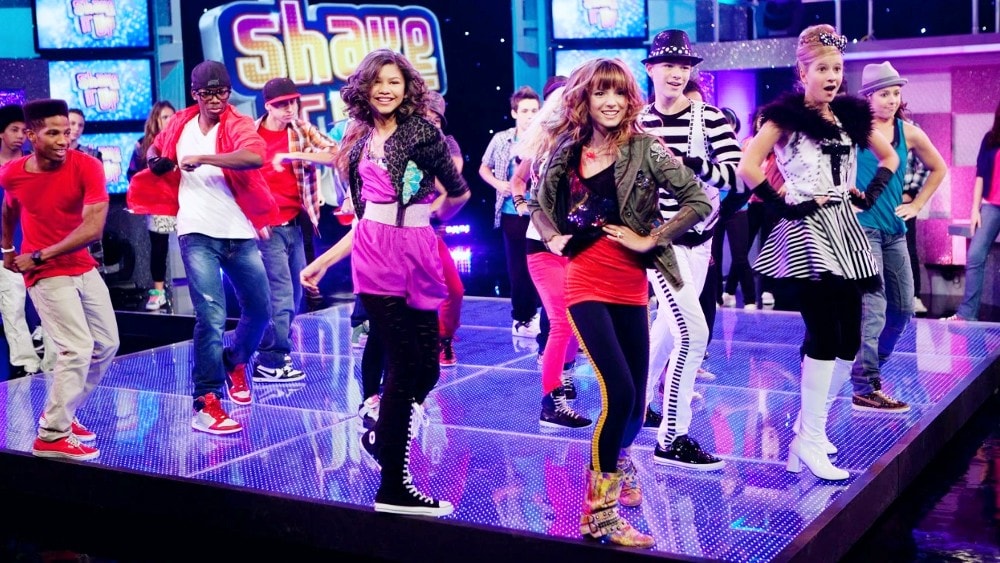 Disney Channel’s Shake It Up! is, of course, catering to younger audiences and as such, likely a great many young and aspiring professional dancers as well.

CeCe Jones and Rocky Blue are best friends with a shared dream of becoming professional dancers, and they’ve moved one step closer when they land dance roles on a local show called “Shake It Up, Chicago!”.

Shake It Up! follows the pair as they balance their lives as students against their lives on the show, including having to deal with dance competitors, like the siblings Gunther and Tinka. 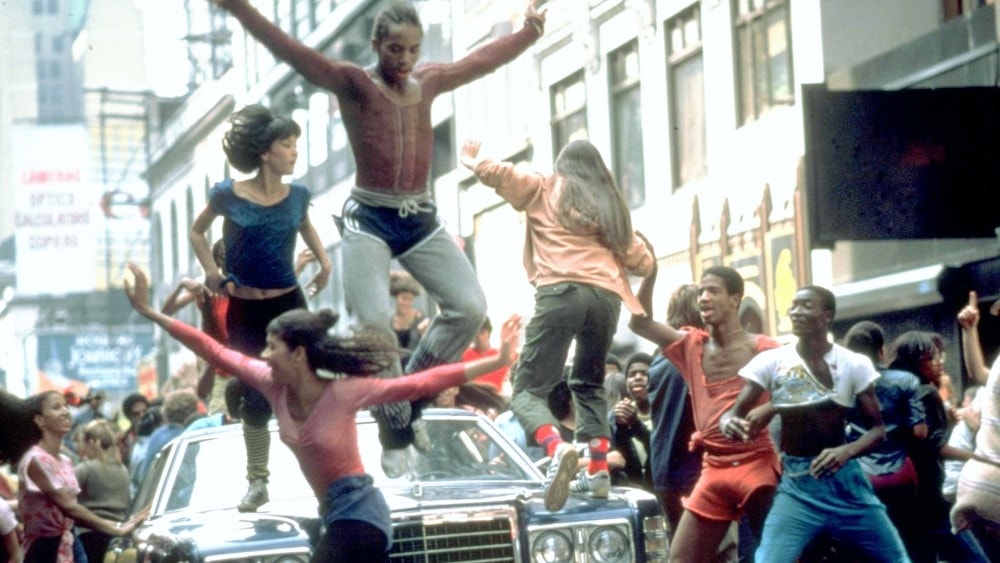 The series Fame is based on the 1980 film of the same name.

Both are set at the famous High School for the Performing Arts in New York City and, though many characters were new to the series adaptation, brings back some notable ones from the film such as the teachers and students from the school.

What sets Fame slightly apart is that the drama series not only focuses on students of dance; as a show in a performing arts setting, viewers also get a glimpse into other areas like singing and playing instruments as it follows the lives of both the students and the faculty. 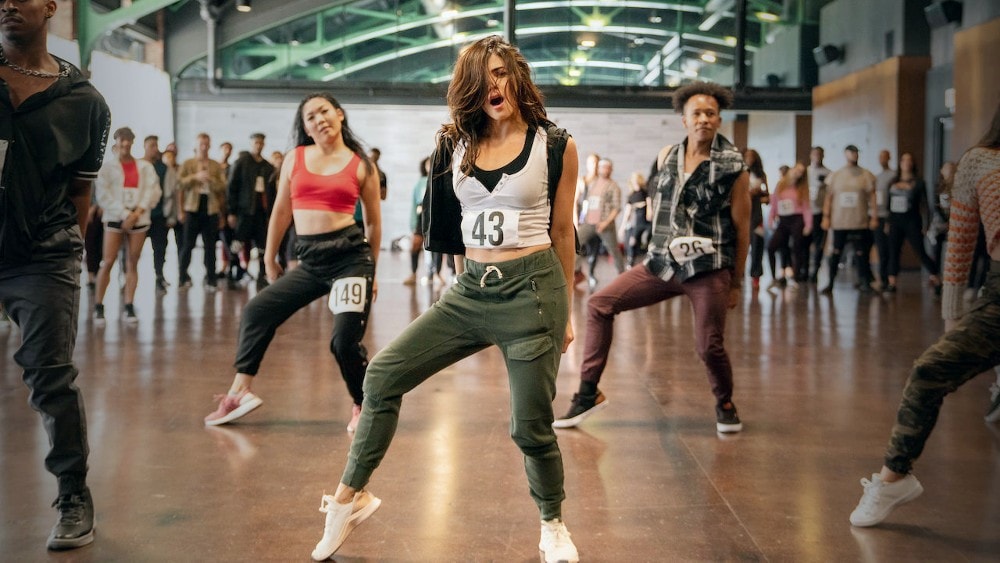 In a vein quite similar to Fame that takes a more holistic look at performing arts, the Netflix original musical drama series Soundtrack approaches dance through what is at its center: music.

Their stories are told through flashbacks so we can understand how they’ve come to be where they are today, through attempts at romance and finding their place in life.

Each story is accompanied by a soundtrack “that lives inside their hearts and minds”. 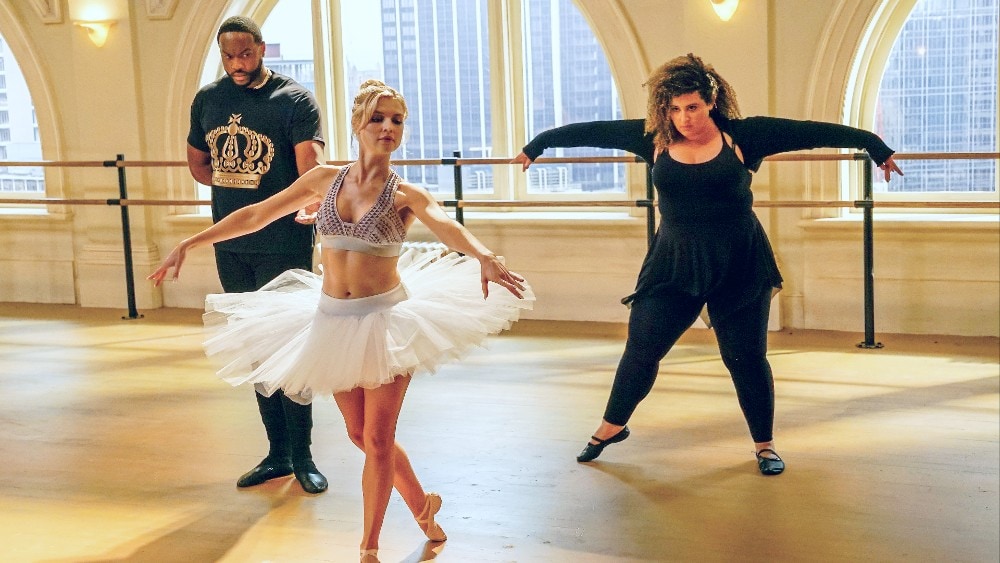 The Big Leap is a musical comedy-drama that aired on Fox for one season, and has been described as a “joyous celebration of life and love”.

It is based on the British reality series Big Ballet, which features amateur dancers who are being helped by professionals to reach their dreams of dancing in the Swan Lake ballet.

The Big Leap follows a similar premise as it centers on “down-on-their-luck” characters who are hoping to change their lives and turn their luck by participating in a reality competition aimed at building a production of Swan Lake. 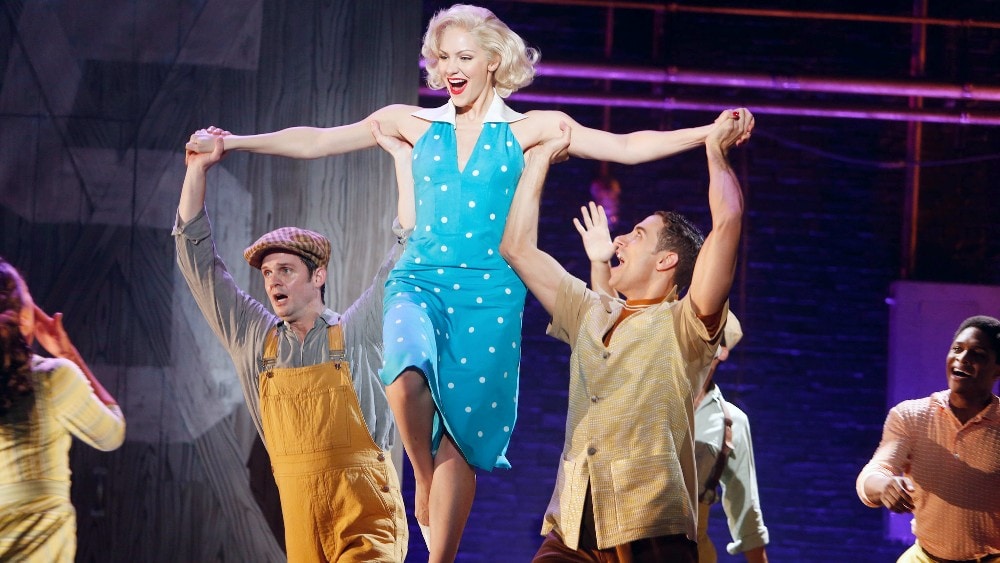 NBC’s Smash takes us into the world of theater and Broadway where once again, we witness artists excel in all things musical: acting, singing, and dancing.

The series plays host to a wide array of characters involved in creating new Broadway plays, with veterans Julia and Tom at the helm.

Their latest project is a musical inspired by the life of the legendary Marillyn Monroe, but no theater production is ever an easy feat.

The lead role is up for grabs, sparking a rivalry between one who is exceptionally talented but new to the music industry, and another whose extensive experience on stage will bring something unparalleled to the play. 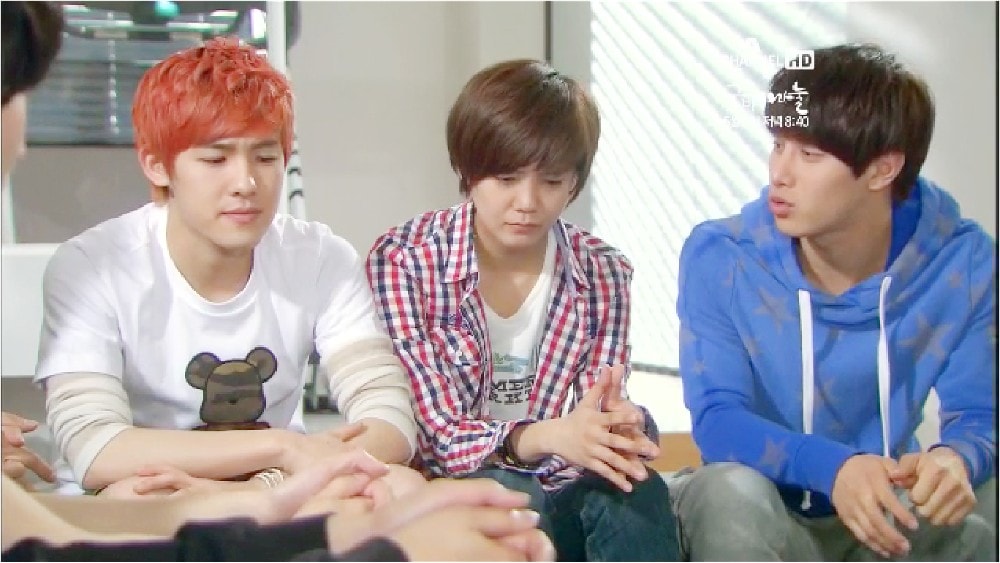 The second non-English series on the list hails from South Korea and is a comedy-drama series titled K-Pop – The Ultimate Audition.

The popularity of k-pop has made its way across the entire world thanks to superstars BTS, and this series is a glimpse into what it actually takes to become a member of an idol group!

It follows Seungyeon, a classical pianist who has dropped out of her British music school and secretly returned to South Korea.

She stays with her best friend Jiwoo and together, they audition for a boy group – though no one but Jiwoo and Seungyeon’s uncle knows that she’s actually a girl! 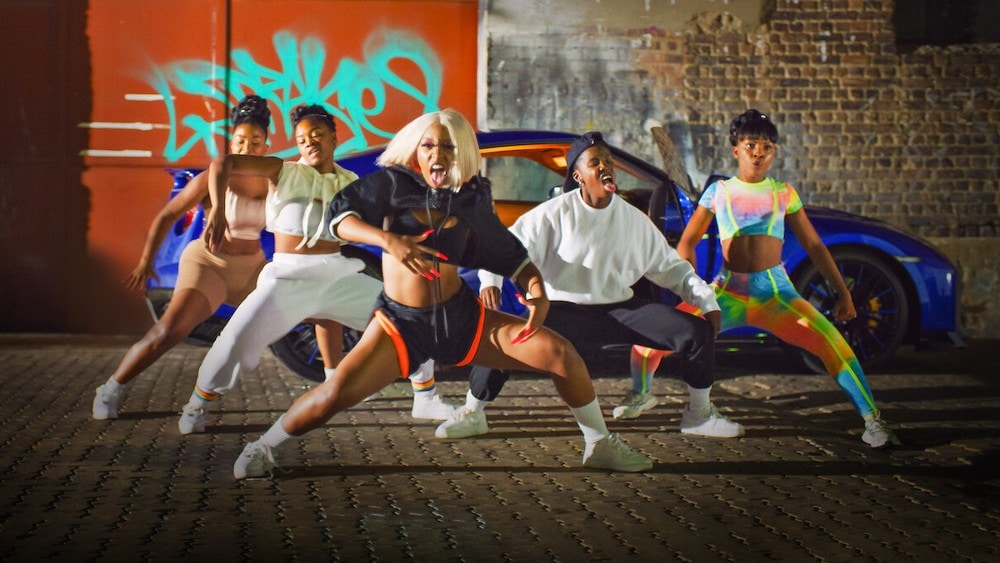 Netflix brings the drama series Jiva! to our list, an English-language South African production that shines a light on African dance styles – something we don’t see often but need to.

Set in Umlazi, Durban, Jiva! follows Noxolo Dlamini, a talented street dancer who hopes to find her way out of their small town no matter what it takes.

However, the path isn’t easy as she struggles to find the balance between her job, finding love, and her loyalty to her family.

This is made especially tougher when her family opposes her dreams, and fighting for it risks losing them. 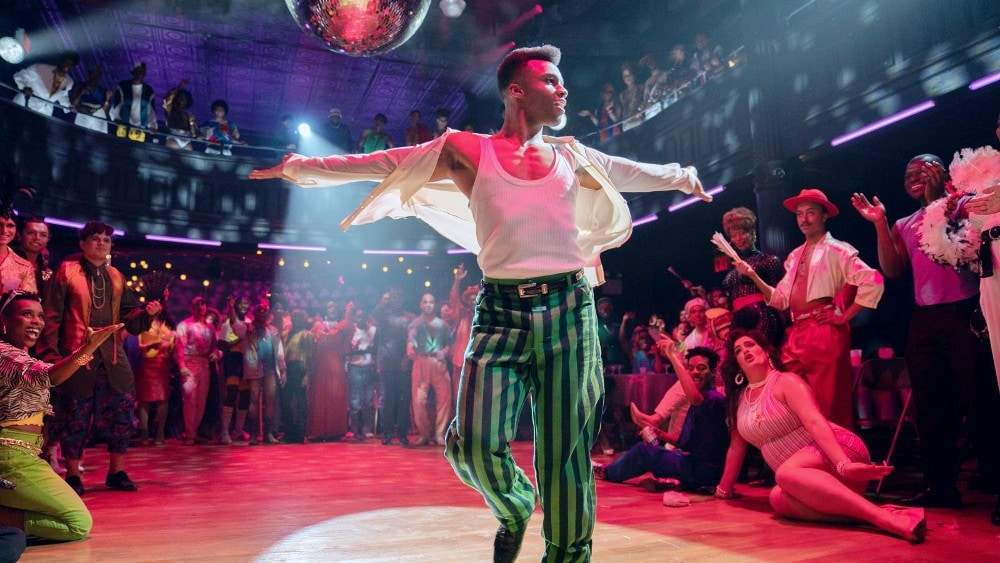 This LGBTQ subculture prevails to this day, and Pose shows us its early days as models and dancers band together to create chosen families known as Houses, a safe space for LGBTQ youth to find love and support.

One of these house mothers is transwoman Blanca Rodriguez-Evangelista, who leaves her former house to form the House of Abundance, where their family competes in the balls in categories for dance, outfits, and even attitude. 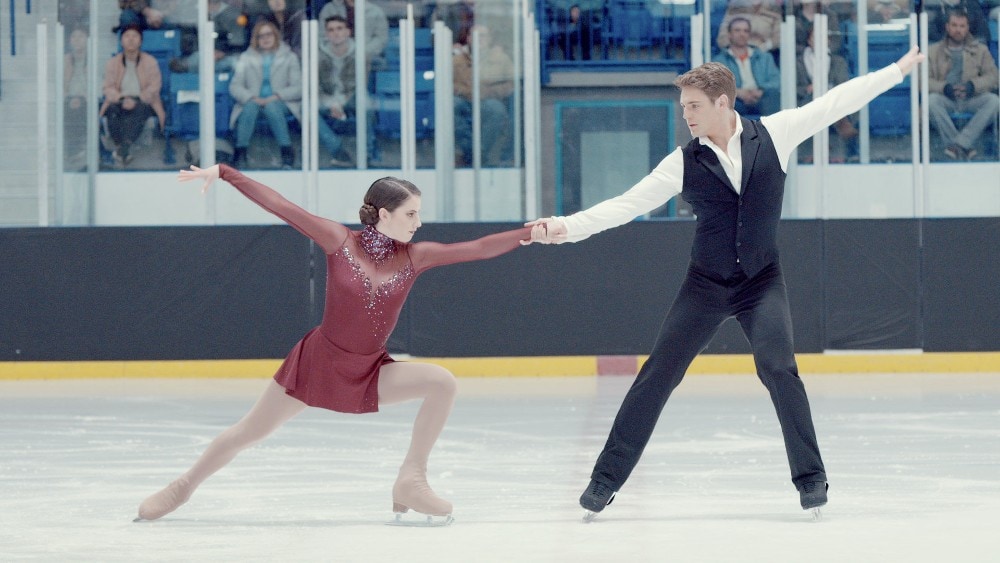 The Netflix original series Spinning Out brings a mix of dance and sports to the list, as it focuses on competitive figure skating.

We follow the story of Kat Baker, a young figure skater who has had to give up the sport she loves following an accident.

When an opportunity to rejoin the competitive track falls into her lap in the form of pair skating with bad boy Justin Davis, Kat seizes the chance to forge another way to achieve her Olympic dream.

The stress of injury and finances, however, threatens to reveal a secret that she’s been trying to bury her whole life. 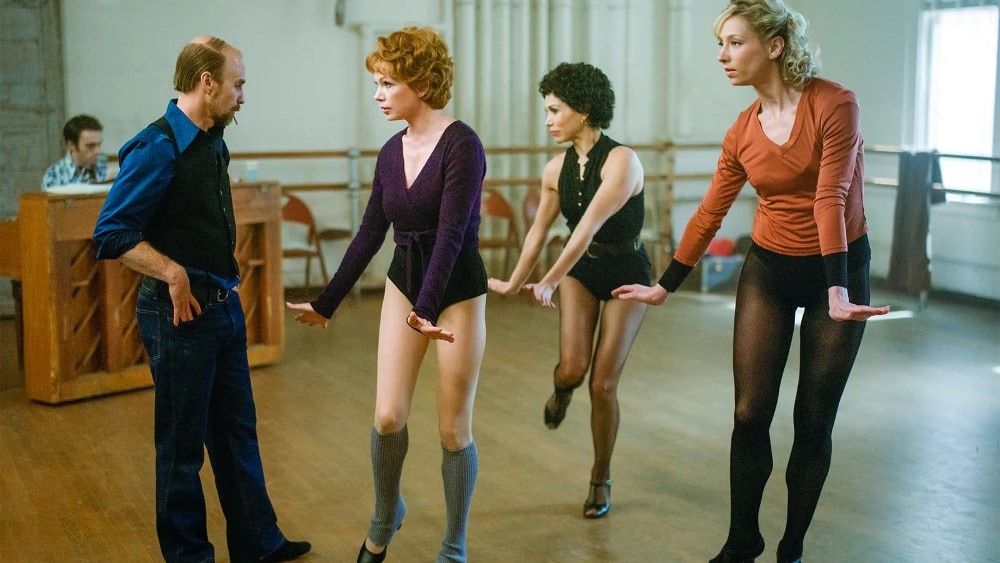 FX brings the biographical drama Fosse/Verdon to the table.

This eight-part miniseries may ring some bells for fans of Broadway and theater, as the title names two very notable figures in the industry: director, actor, and choreographer Bob Fosse, and actress and dancer Gwen Verdon.

Fosse/Verdon outlines the troubled relationship between the two as lines between the personal and the professional often cross.

Fosse has a unique vision for his works that only Verdon is able to actualize; meanwhile, Verdon’s natural talents are best showcased only through the work Fosse creates.

It’s a tumultuous relationship, but one that defined American theater. 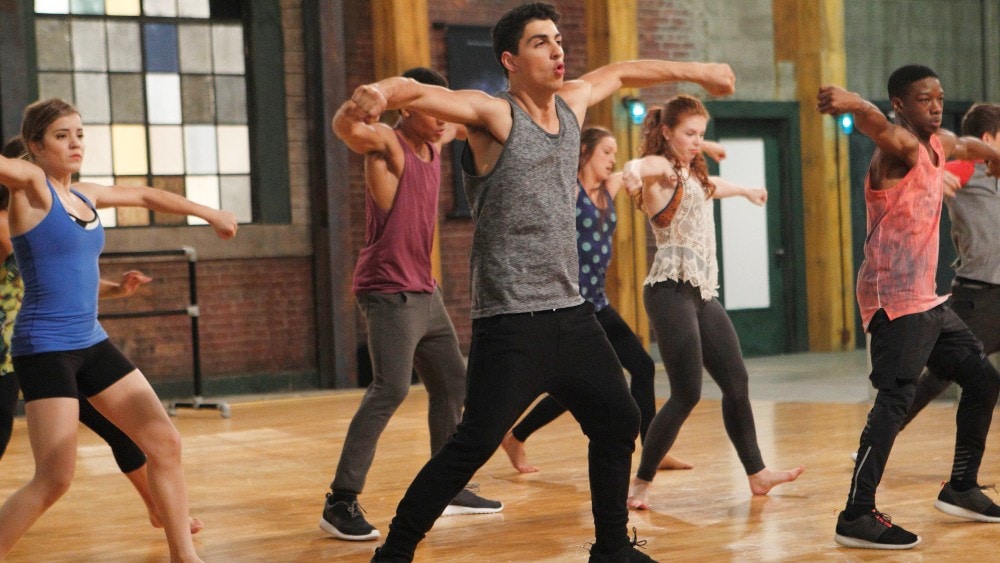 We’re heading in a different direction with The Next Step, a seven-season Canadian teen drama series that aired on the Family Channel.

The series is titled after the dance studio that serves as the primary setting, The Next Step Dance Studio.

The studio’s dancers are led by their choreographer Chris and their team captain Emily, as they work tirelessly to secure a championship title at the national competition.

However, new girl Michelle arrives at the studio and has Emily feeling threatened by her talent, which stirs up some drama among the team members and messes up their dynamic. 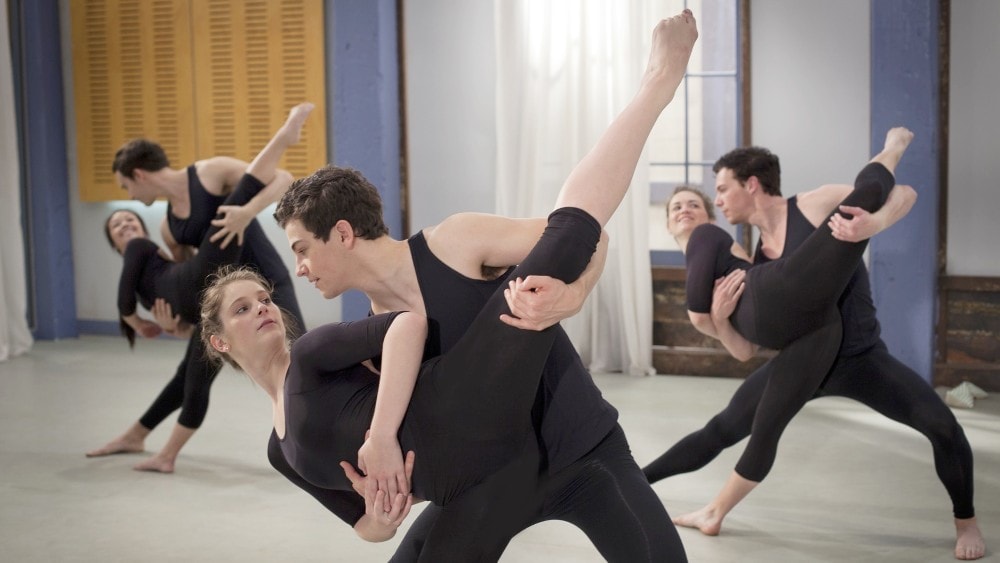 Dance Academy is an Australian teen drama series that aired for three seasons and ended with a film sequel titled Dance Academy: The Movie.

The series unfolds primarily from the perspective of Tara Webster, a new student at Sydney’s National Academy of Dance, which also serves as the dancers’ Years 10-12 of high school.

Tara befriends fellow dancers at the academy and together, they support each other as they go through the motions of bettering their dance techniques, widening their knowledge and skills in various styles, and building lasting relationships with each other.

Dance Academy’s three seasons takes its viewers through each year of their education, ending with them venturing out into the professional world of dance. 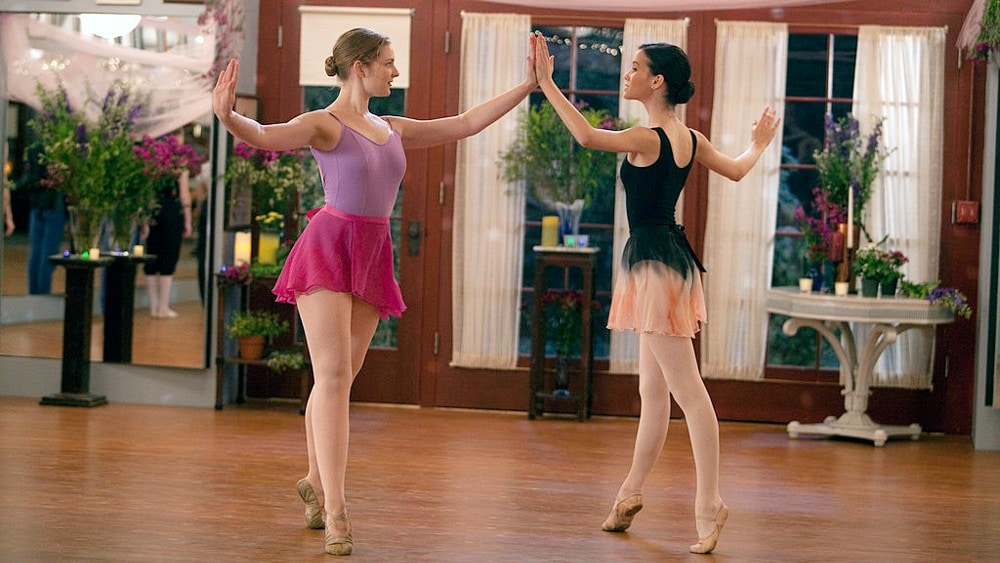 Sticking to the beautiful and graceful world of ballet, ABC Family’s Bunheads is a comedy-drama series that aired for one season of 18 episodes.

It tells the story of Michelle Sims, herself a former bunhead (aka ballerina) who was on her way to professional ballet when she found herself a Las Vegas showgirl instead.

Wanting to start fresh, she accepts a marriage proposal from a long-time suitor and moves with him to his small hometown of Paradise, California.

However, an accident befalls him and Michelle is left alone to help her mother-in-law run and teach at her ballet school.

In time, her students help her adjust to the small-town life. 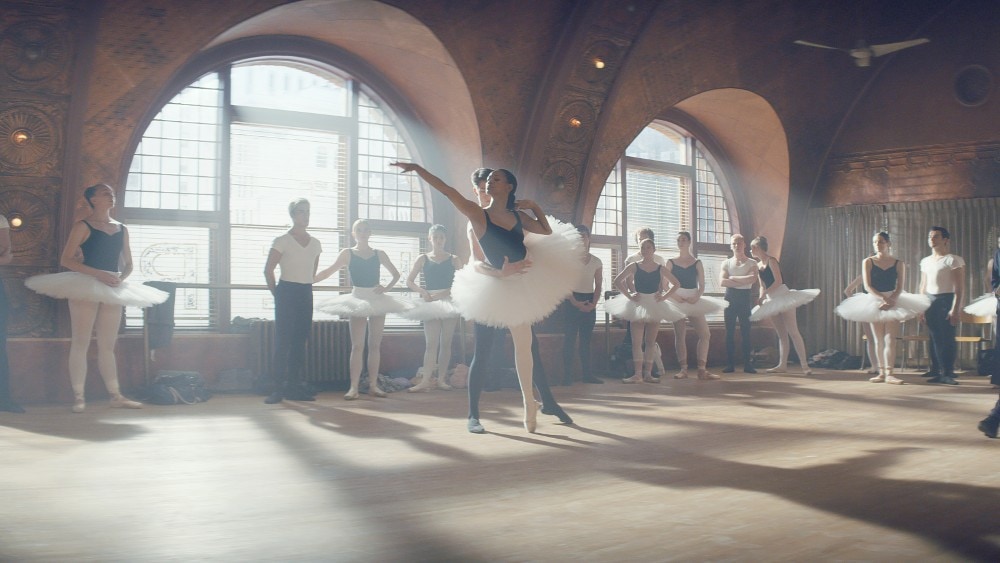 We’ve got another ballet series on the list with Netflix’s Tiny Pretty Things (and actually, a whole bunch more for all bunheads on our list of the best TV shows about ballet!), where the cast actually performs the dances themselves!

The series is set at the prestigious Archer School of Ballet in Chicago and begins with an attack on their star ballerina that lands her at the hospital and in a coma.

This is where Neveah comes in, as she’s given a scholarship to study at Archer to fill in the spot.

Soon, she finds herself caught up in the lies and deceit that permeate the school’s competitive atmosphere. 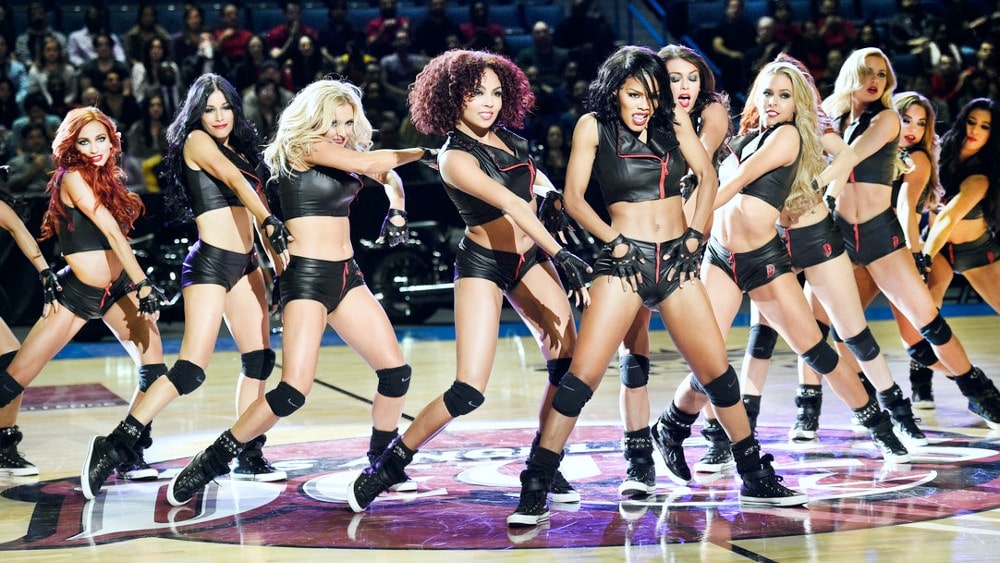 Finally, we throw in a sports drama into the mix with Hit the Floor, a four-season series that brings cheerleading to the limelight.

They may seem like buddies on the court while they root for their players, but the Devil Girls have plenty of drama behind the scenes, both in their personal lives as well as their romantic relationships with each other.