There are a lot of pretty interesting things about Portland, Oregon that you may or may not already know. You may know Portland by its other names like the City of Roses, Rip City, or Beervana, or because of its reputation of being a pretty hipster city with an abundance of strip clubs and microbreweries. In fact, Portland has more strips clubs per capita than any other city and more microbreweries than any other place in the world.

The city’s slogan is “Keep Portland Weird” and it certainly lives up to its name. There’s a tiny, 2.5-foot diameter park, an underground tunnel previously used in sex trafficking, and what is probably dozens of miniature horse toys around the city to remind Portlanders to appreciate the beauty in the smaller details.

Yup, Portland has definitely made it onto my list of cities to take a trip to! And with such an interesting personality, it’s no wonder that it’s a popular filming location and setting for a lot of shows – both past and present.

So, let’s take a look at some popular TV shows set in Portland! 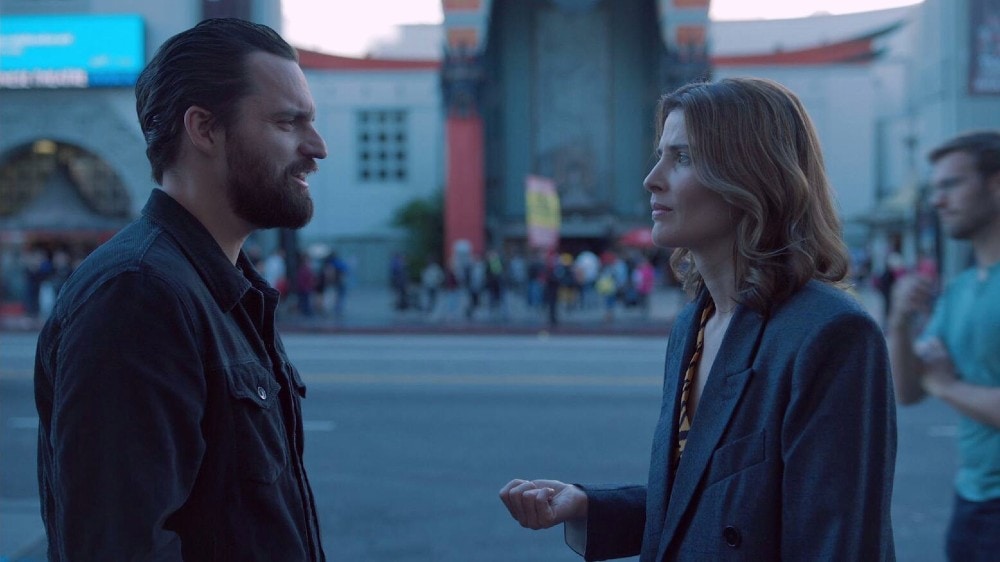 Based on the comic book of the same name, ABC’s Stumptown is just another popular nickname for the city of Portland where the series is set.

In it, we follow Dex Parios, played by the amazing Colbie Smulders (How I Met Your Mother), a former Marine-turned-private investigator whose switch in career came from a need to pay her gambling debts and take care of her brother. Through her experience in military intelligence makes her great at her job, her tough attitude often causes her to butt heads with law enforcement. 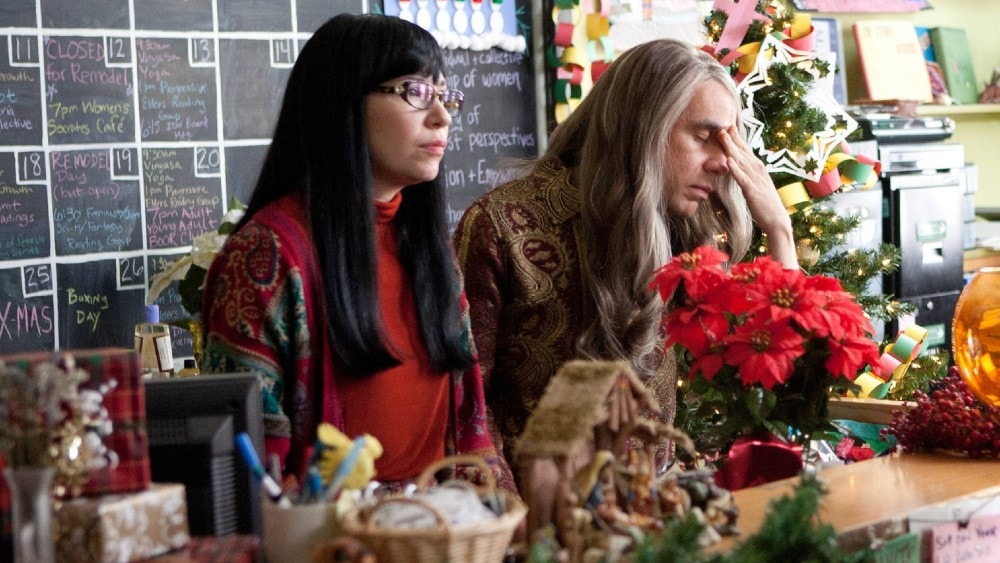 Portlandia is a bit different from the TV formats that we’re used to. Instead of an extended storyline across multiple episodes and seasons, it’s a sketch comedy show where each episode features a new plot and characters (some appearing in multiple episodes) – though the setting is always in Portland.

The main characters in each sketch are played by the same two actors, Fred Armisen and Carrie Brownstein, with supporting characters undertaken by a slew of high-profile celebrities like Kirsten Dunst, Kumail Nanjiani, Aubrey Plaza, and even the actual Portland mayor, Sam Adams! 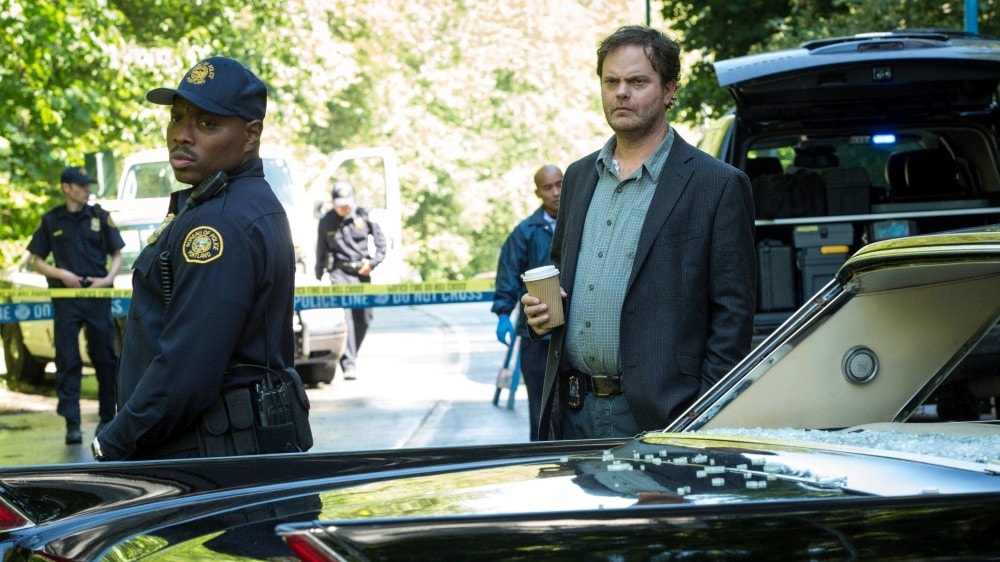 Crime and drama don’t often come hand-in-hand but Fox’s Backstrom does it perfectly. It tells the story of Detective Lieutenant Everett Backstrom, the leader of a team of odd criminologists in the Special Crimes Unit.

On the onset of the series, however, he’s been demoted to the Traffic unit for a racially-loaded outburst. Who better to play an “overweight, offensive, irascible” man with self-destructive tendencies than Rainn Wilson, whose portrayal of paper salesman Dwight Schrute in US’s version of The Office could rival the eccentricity of Backstrom? 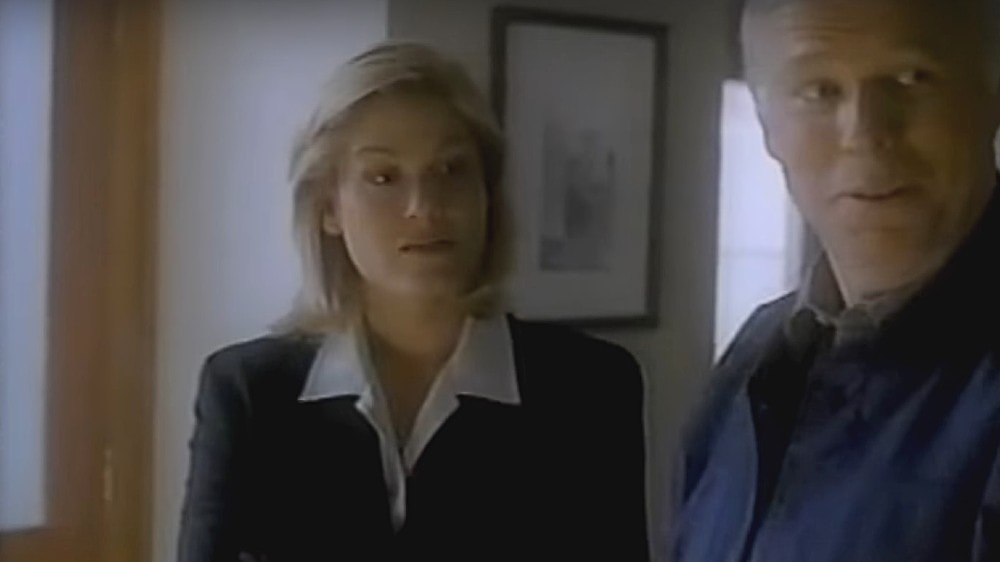 Despite being set almost three decades ago, CBS’s Under Suspicion tackles a central issue that is applicable even today: the struggles of a woman in power in a man’s world.

Here, Detective Rose “Phil” Phillips is the only woman in her police squad, and it’s posing more obstacles than is necessary – and much more than should even be allowed. Every day, she has to deal with the deluge of sexist comments made by her colleagues while battling with the fact that she still is a woman – and on that has fallen in love with a sergeant in Internal Affairs. Though she’s just as good a detective as her male counterparts, every day is a fight to be treated as an equal. 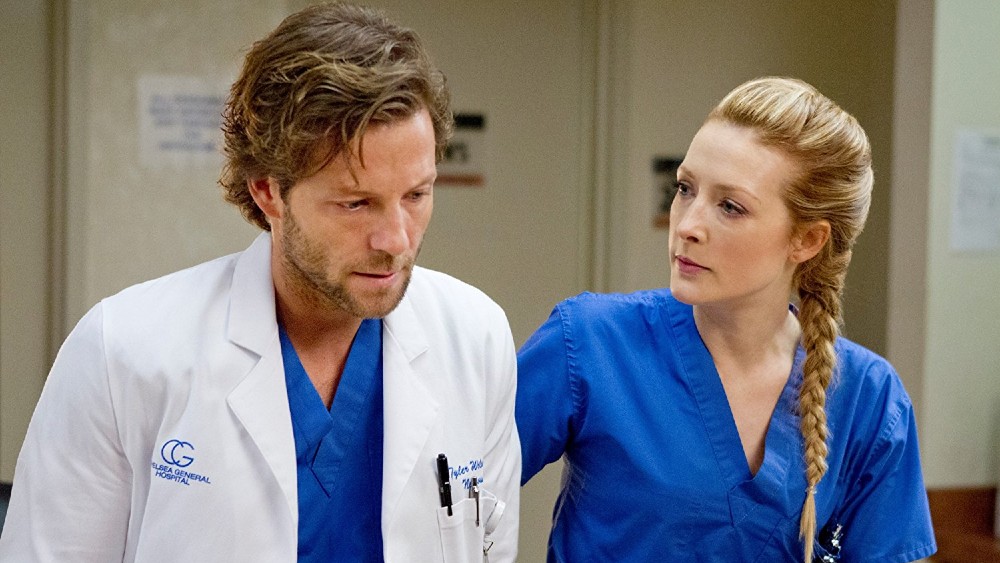 TNT’s Monday Mornings is a medical drama series based on a book of the same name by Sanjay Gupta and is based out of the fictional Chelsea General Hospital in Portland.

It primarily follows five surgeons (three neurosurgeons, a cardiothoracic surgeon, and a neurosurgical student) in the overarching setting of the show: a weekly peer-reviewed conference highlighting their accomplishments and medical mishaps over the past week. This is usually care of the surgical chiefs and the hospital’s sarcastic Chief of Staff, Dr. Hooten. As if you needed another excuse to hate Mondays, right? 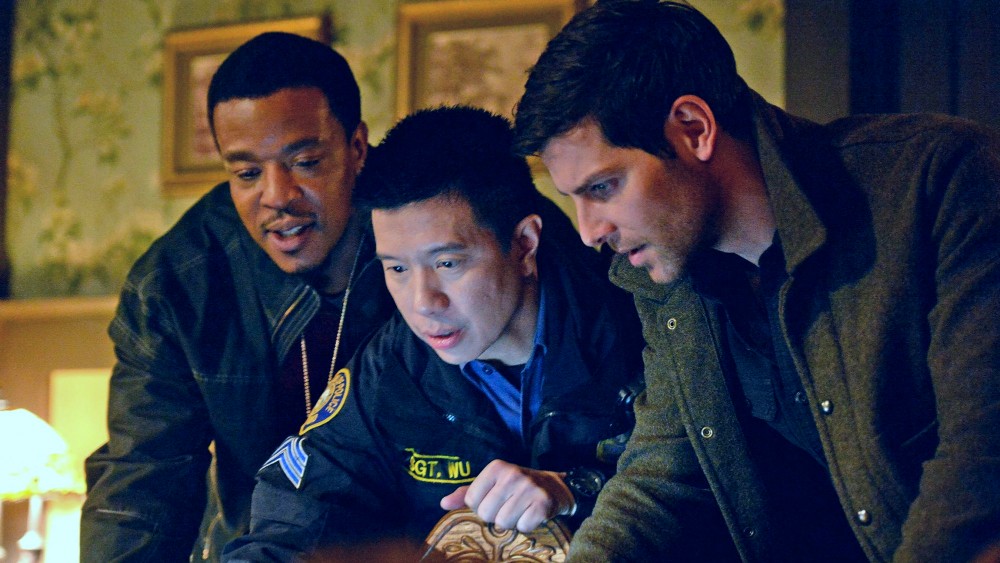 When the detective drama and supernatural genres collide, a rare gem like NBC’s Grimm is born.

Detective Nick Burkhardt is a Homicide detective in the Portland Police Department, but he soon finds out that that’s not all he is. In fact, he’s descended from a line of guardians called Grimms, who are tasked with keeping the balance between our world and the supernatural world. The latter is home to a variety of mythological creatures inspired by both the Grimms’ fairy tales and other literary sources, and Detective Burkhardt must fight against them to protect and save humanity. 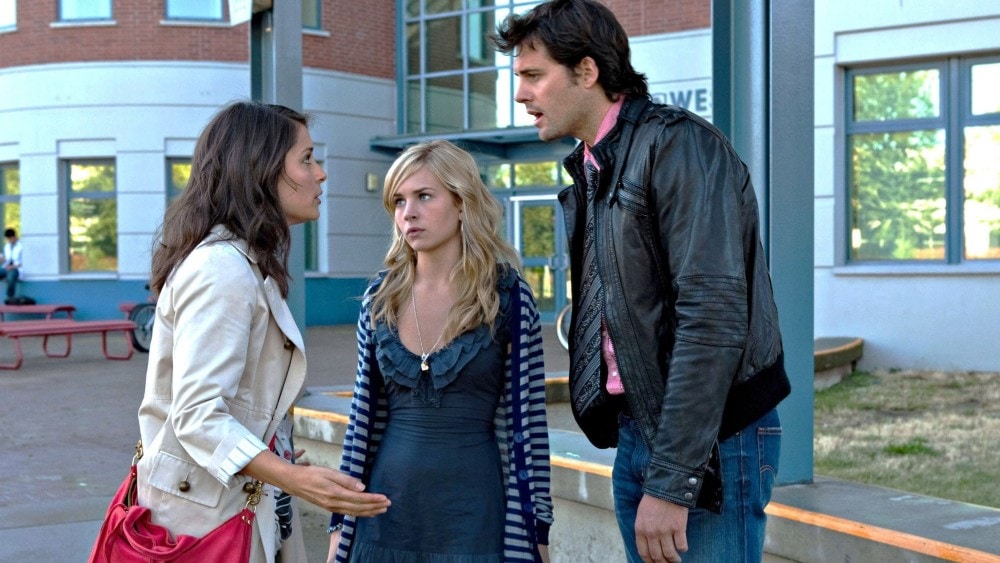 The CW’s Life Unexpected is the first teen drama on our list, but it deals with some pretty mature family matters as well.

Lux Cassidy is a 16-year-old seeking to becoming an emancipated minor after living almost her entire life in foster care. In order to do that, however, she needs her birth parents’ signatures. After finding them both, she’s found unfit to be emancipated and to everyone’s surprise, her birth parents are given joint custody over her. What follows is a story of finding family in unexpected – and yet still expected – places. 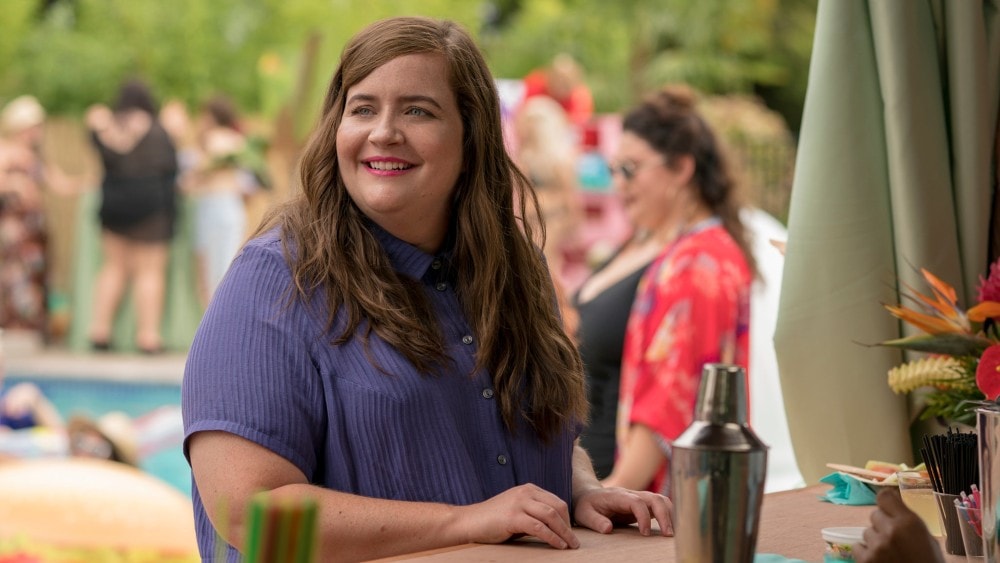 Based on the novel titled Shrill: Notes from a Loud Woman by Lindy West, Shrill is a web TV series currently available to watch on the streaming platform, Hulu.

The protagonist here is Annie, who’s described as a “fat young woman” who has always felt that the world was stacked against her because of her weight. Taking that as a catalyst to prove she’s just as good as anyone else, she sets out to establish a career in journalism while having to deal with sick parents, her perfectionist boss, and dating a string of jerks. Shrill – and Annie herself, of course – is the inspiration we all need to accept that we can change our lives without changing our bodies. 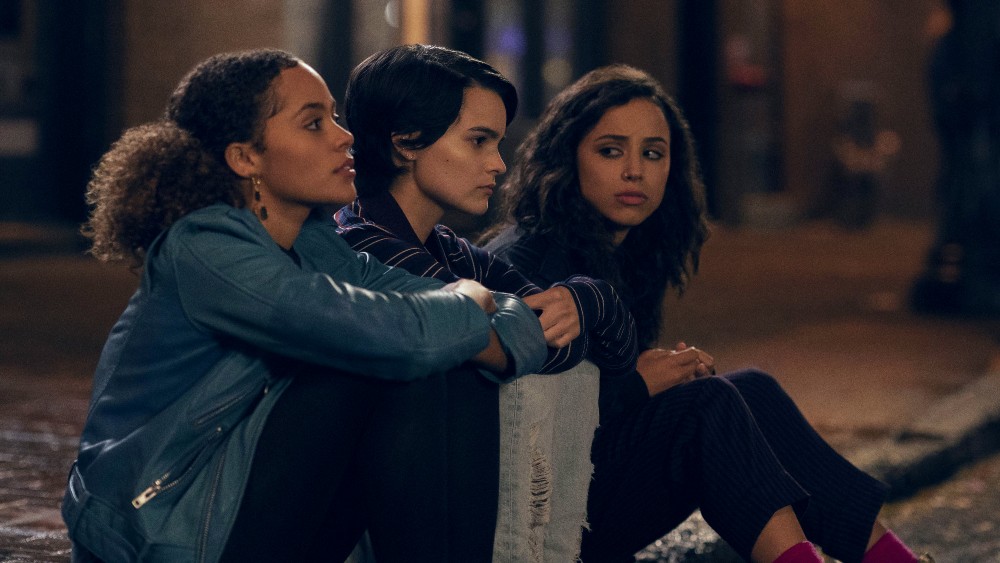 Kleptomania is a psychiatric disorder that’s often under-diagnosed and definitely misunderstood by most people. Those diagnosed aren’t stealing for profit – it’s an impulse control problem. TV shows like Netflix’s Trinkets is a great way to better inform the general public about obscure disorders like kleptomania so that we can go from straight judgment to better understanding.

In Trinkets, we witness a rare and beautiful friendship unfold between three vastly different teenage girls who meet through Shoplifter’s Anonymous meetings: Elodie, a socially awkward teen dealing with the death of her mother; Moe, an intelligent student from a poor family; and Tabitha, a wealthy girl who just wants to please everyone at the risk of her own happiness. 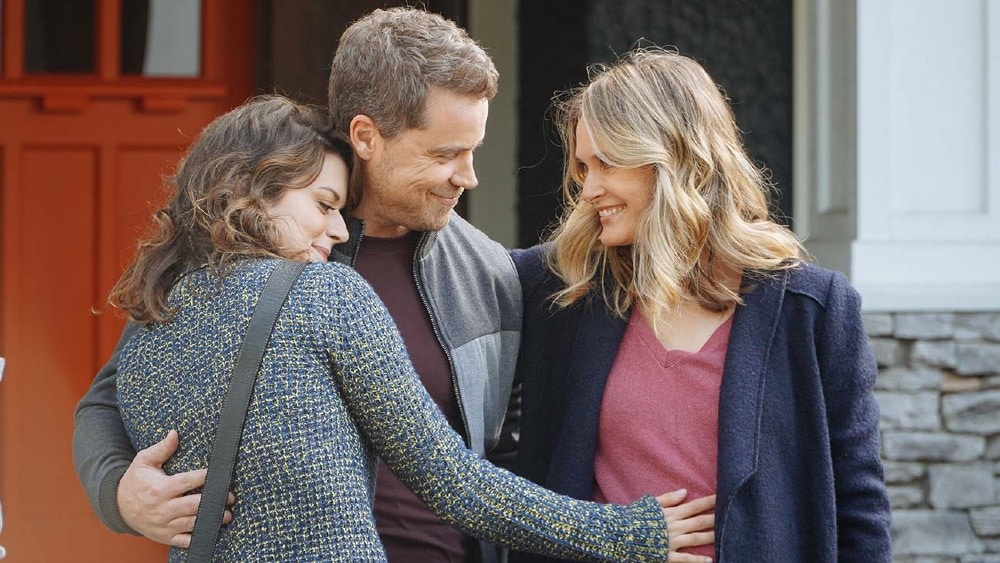 Remember when we mentioned at the beginning of this article that Portland has a reputation for their hipster (read: fairly liberal) culture? Well, Audience Network’s You Me Her is a perfect reflection of what that could be like in the lives of an average couple.

Jack and Emma are a married couple living in the city and though they want to expand their family, their sex life – and drive – has pretty much withered. In order to spice things up, they employ the services of Izzy, a 25-year-old college student, and part-time escort. As their, erm, arrangement progresses, all three of them must now deal with the complicated emotions of a polyamorous relationship. 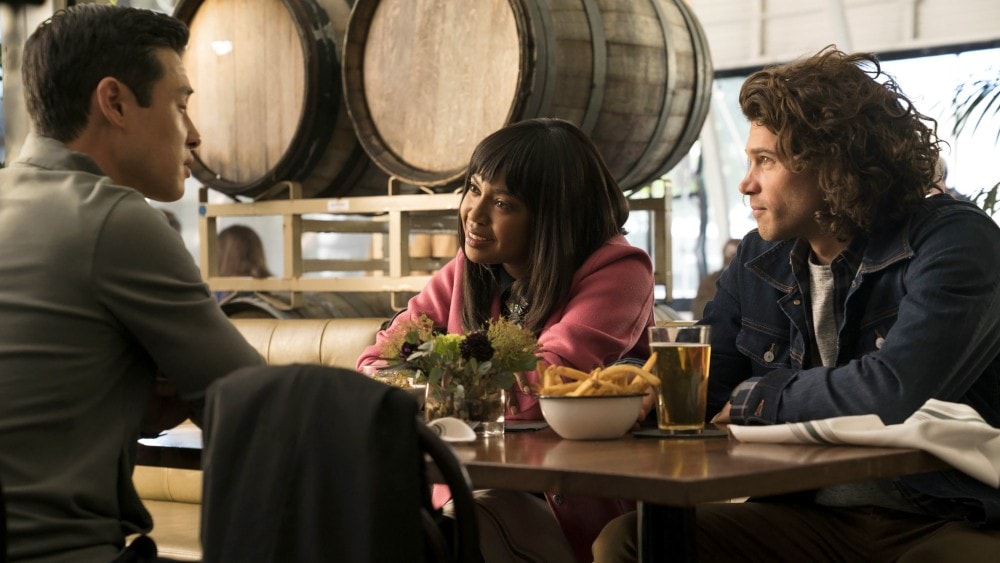 Speaking of complicated relationships, HBO’s Here and Now fits into that bill as well – albeit in quite a different way than You Me Her.

Centered more on the family dynamic, Here and Now centers on the Bayer-Boatwright family: a “progressive multi-ethnic family” headed by Audrey, a therapist, and her husband Greg, a professor of philosophy along with their one biological daughter and three adopted children from Vietnam, Liberia, and Colombia. The show highlights the polarizing racial issues plaguing America today, including the family’s interaction with a modern Muslim family wherein the patriarch is a therapist treating one of the adopted Bayer-Boatwright children. 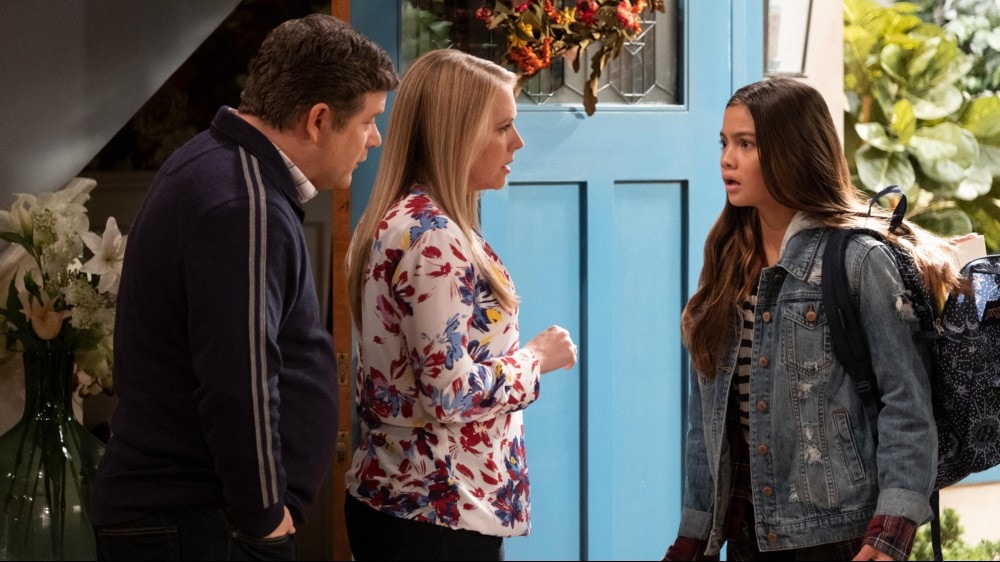 Don’t be fooled by the cast of Netflix’s No Good Nick – it may feature some familiar faces from kids shows of Nickelodeon and Disney Channel (including Melissa Joan Hart from Sabrina the Teenage Witch), but it covers some pretty mature content.

13-year-old Nicole Franzelli is the main protagonist who is actually a teenage con artist. The story starts with Nicole showing up on the doorstep of the Thompson family in Portland, posing as an orphan with them as her closest living relatives but with the real intention to pull a long con to rob them. However, the more time she spends with the Thompsons and grows to love them, the more she struggles with the morality of her plan. 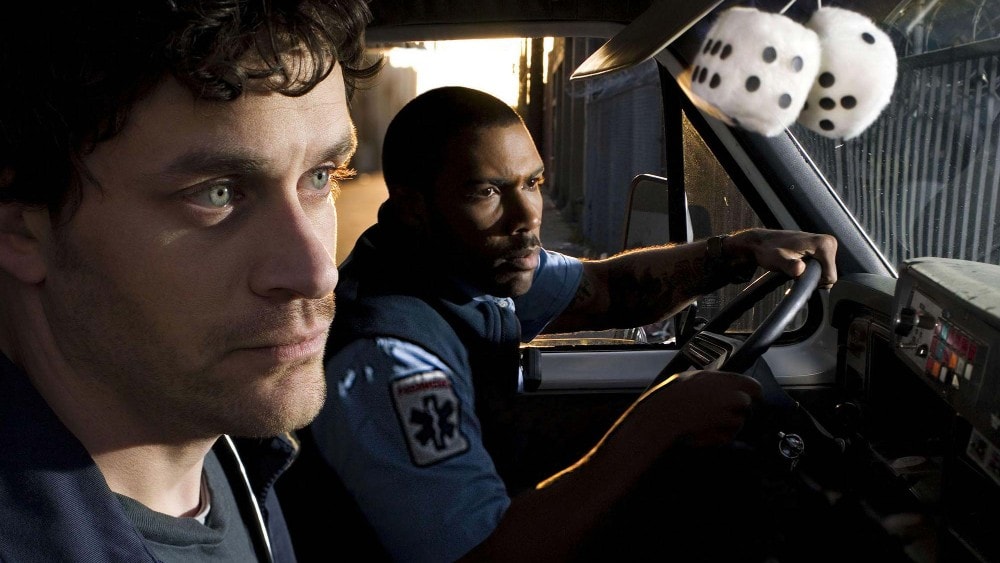 The title TNT’s Saved could be from the protagonist’s job as a paramedic in Portland, or it could be taken to mean something on a more personal level.

Wyatt Cole, the show’s said main character, has a less-than-perfect past and one that’s riddled with compulsive gambling. Saved tells the story of how he scrambles to save people’s lives on a daily basis while he struggles to make the right decisions to save his own life. 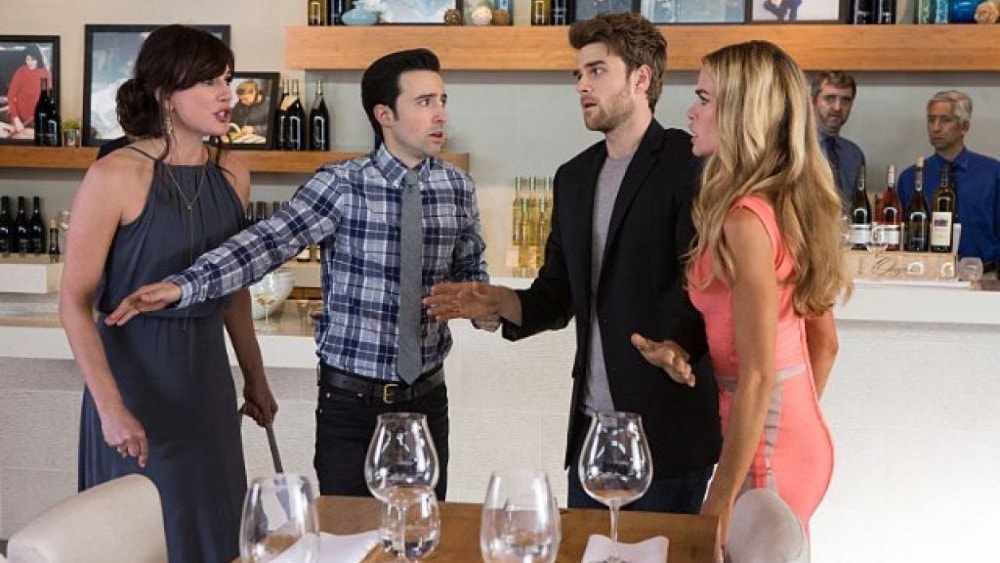 The CW’s Significant Mother, like a few of the previous shows on the list, is just another example of a complex family dynamic and this time, it’s probably not one that you’d ever want to find yourself in.

Nate Marlow is a budding restaurateur in Portland who lives with his best friend and roommate, Jimmy. On the heels of his parents’ separation, Nate is dumbfounded when he finds out that Jimmy has been sleeping with his mother – and plans to pursue a serious relationship with her. Now, he’s stuck in the middle of supporting his best friend and his father’s persistent attempts to get his mother back. 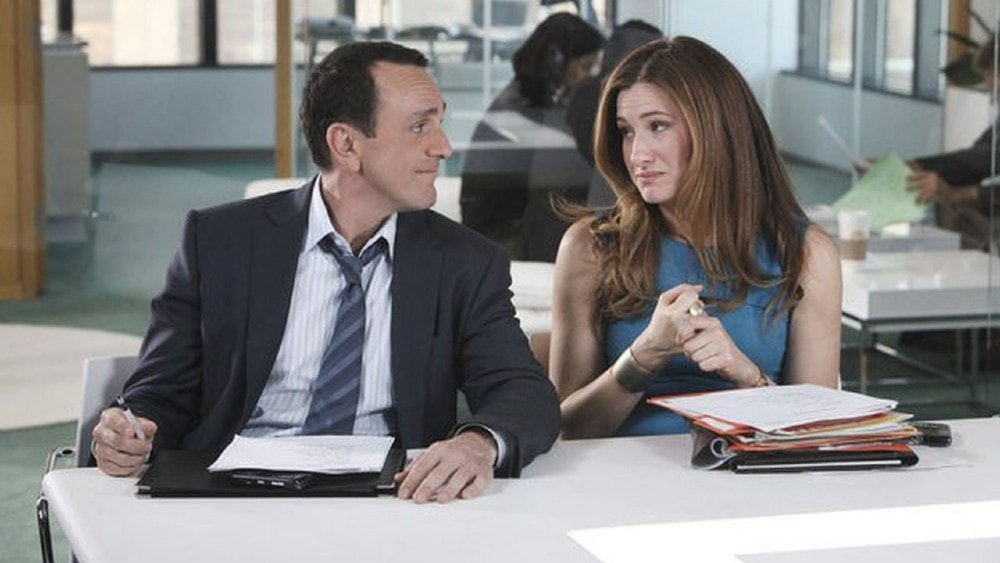 Free Agents was an attempt to remake the original UK sitcom of the same name but sadly, it didn’t take off the way The Office US did. That doesn’t mean it wasn’t a great solo season, though!

Starring an ensemble of comedy actors like Hank Azaria and Kathryn Hahn playing the main roles of recently heartbroken PR executives at an advertising firm in Portland, Free Agents is a pleasant mix of comedy and romance as they try to remain professional at work after a one-night stand. Backed by the likes of Joe Lo Truglio and Natasha Leggero, it was truly sad to see Free Agents cancelled after just eight episodes. 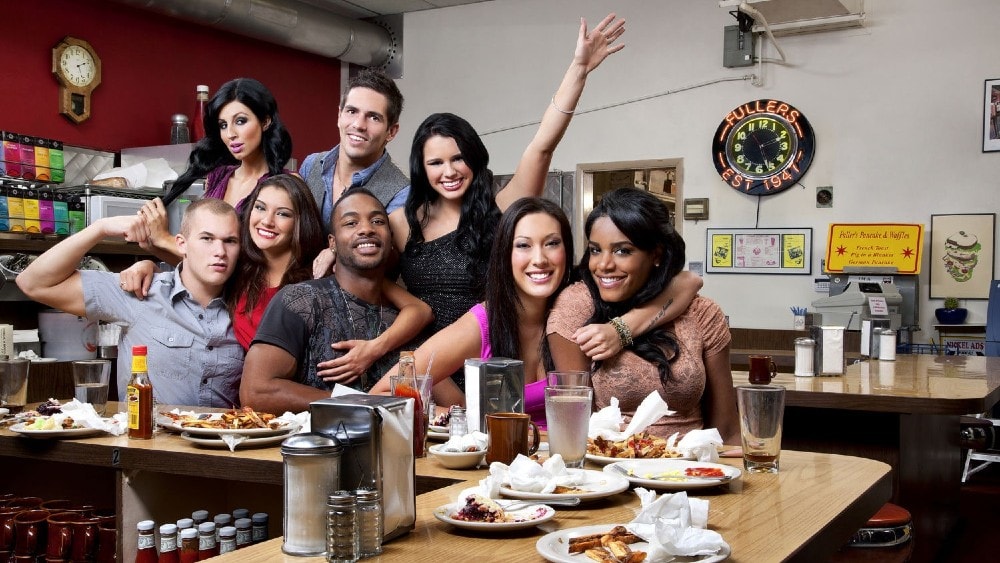 And finally, we come to the last series – and the only reality show on our list. The Portland edition of MTV’s The Real World was the reality series’ twenty-eighth season of its current 33-season run, though the series has moved to Facebook Watch since 2019.

Consistent with the format of the show from previous seasons, a group of eight strangers was cast to live together for several months while being filmed non-stop in order to document the development of their lives and relationships under one roof. As you’d expect when you put a group of young, vastly different strangers together, there is plenty of drama to go around – from conflicting opinions on divisive issues to sexual attractions.

Now before we officially end the list, here’s a little bonus content, too! There are a few shows for kids that are set in Portland too, care of the Disney Channel and Disney XD!

Crash & Bernstein, for example, is about a young boy who grew up in Portland (as you’ll find out in the theme song) surrounded by sisters. On his 12th birthday, he goes to a store called Build-A-Bestie and – you guessed it – builds himself a puppet best friend who eventually becomes like a brother to him. Best Friends Forever, from Disney Channel, is also based out of Portland and tells the story of time-traveling best friends living together in Portland!