When it comes to CBC’s Heartland, there have been many questions the fans of the show have been asking over the course of the seasons. They range from what happens to Lou and Peter to questions about Mallory as well as inquiries about Ty’s faith on Heartland season 10. This is why I thought I should do a blog post answering some of the most popular Heartland questions, so you have the answers all in one place.

Fair warning though, this post does contain Heartland spoilers, so keep that in mind. Especially if you haven’t seen all of the show’s seasons.

Do Heartland’s Lou and Peter get a divorce on the show?

One of the most popular questions out there is what happened to Lou and Peter in Heartland. Do they divorce? Or do they get back together? So I thought I start this questions and answers post with that.

And, unfortunately, there isn’t a happy answer to this question, because, yes, Lou and Peter do get a divorce. This storyline started in Heartland season 8 and dragged all through season 9, with them dealing with the separation, telling their daughters about it and finally deciding to divorce. But only on season 10 episode 10 Lou and Peter actually sign divorce papers. It officially confirmed that they are in fact divorced now. However, this step actually kind of brought the two closer together. And although it didn’t result in the two getting back together, they continue to co-parent their two daughters, Georgie and Katie, as a cohesive parenting unit.

Do Lou and Peter get back together on Heartland?

As the last sentence of the previous question confirms, Lou and Peter didn’t get back together on Heartland season 10, season 11 or even season 12. However, over the course of the seasons, there were a couple of Heartland moments which did make us think that it might happen.

For example, in season 8 Lou and Peter shared sweet moments in the last two episodes of the season. Which even resulted in Georgie thinking that her parents might get back together. Then, although in season 9 we saw Lou leaving her engagement and wedding rings on Peter’s apartment’s counter, there were a few hopeful moments between the two as well. And in season 10 Peter got involved with Lou’s business venture, which also brought them together rather than further apart. For a while, at least.

But ultimately, the parents-of-two didn’t get back together. And will likely remain separated. Especially, since at the end of season 12 Lou and Mitch finally got together.

Do Heartland’s Lou and Scott get married?

I am not quite sure where this question comes from, because if you are caught up on Heartland, then you know that Lou and Scott are nothing more than friends. However, for those still curious, no, Lou and Scott didn’t get married.

Where to watch Heartland season 1

However, if you love Lou and Scott as a couple, then you should definitely watch Heartland season 11 episode 13. Because they share a heated kiss on that episode. And, even though they decide to stay friends in the very next episode, I think the kiss is a nice treat to all the Lou and  Scott fans out there. Since for a brief moment, you could imagine what it would be like if Lou and Scott got back together.

Do Lou and Mitch get together on Heartland season 10?

This question has probably been on everybody’s mind ever since we met Heartland’s new ranch hand Mitch and saw the chemistry he had with Lou. And to put your mind at ease, yes, Lou and Mitch do get together during Heartland season 10.

Unfortunately, by the end of the season, we were not sure about the future of this couple. Mainly because on Heartland season 10 episode 18 we saw Mitch leaving Heartland without saying Lou goodbye and taking all of his stuff with him. Yet Mitch was back in Heartland Ranch in both season 11 and 12. So when it comes to Mitch and Lou, anything can still happen.

Does Mallory come back to Heartland?

Ever since Mallory left Heartland to go to Paris on season 7 episode 4, the fans of the show have been wanting to see Mallory again. And on the latest show’s season, our wishes were granted because on Heartland season 10 episode 13 Mallory was back in Canada and back in Heartland. And I have to say that the two-episode arc for Mallory was pretty great.

It showed us how Mallory has changed over the years. And it also was an amazing treat for fans of the show. Especially, because Mallory wasn’t the only character to come back during episodes 13 and 14 of season 10.

What happened to Mallory and Jake on Heartland season 10?

As you hopefully already read, Mallory did come back to Heartland during season 10 of the show. And with her came also Jake. But what happened to Mallory and Jake on Heartland season 10? And who does Mallory end up on Heartland? Read on to find out!

So the reason for Mallory’s homecoming was that Jake proposed, but, Mallory not knowing what to say or think, made a snap decision to return home. At first, she pretended that everything was fine. But as Heartland season 10 episode 13 went on we got the feeling that everything might not be as rosy as Mallory painted it to be. And then at the very end of the episode, Jake showed up as well, asking Mallory to talk.

It turned out that Mallory had run from her life in Europe because everything wasn’t going quite as well as she had hoped. But when Jake came back, too, they talked and decided to get married the very next day. However, during their celebratory engagement dinner, Mallory changed her mind, leaving Jake devastated. Following the disastrous dinner, Mallory decided to go back to London, while Jake set his mind on driving down to Mexico. Fortunately, both halves of the couple realized how much they love each other and reconciled.

On top of that, they also went through with their plan of getting married and said their vows in the barn in a beautiful wedding ceremony surrounded by their Heartland family. So that is the condensed version of what happened to Mallory and Jake during the two episodes they were back on our favorite family drama.

Where to watch Heartland season 10

When does Ty come back in Heartland season 10?

Heartland season 10 threw us for quite a loop when Ty decided to go to Mongolia with Bob. And it was early in the season too, as Ty left Heartland for Mongolia on season 10 episode 4. So for all of season 10 we were wondering if and when does Ty comes back from Mongolia.

It wasn’t until Heartland season 10 episode 17 that Ty was back on Canadian soil. And even then he didn’t quite come back the same as he left. Meaning that Ty came back very sick and was fighting for his life all through the episode. But does it mean that Ty dies in Heartland season 10?

No, Ty doesn’t die. How could he with his and Amy’s child about to come into the world? He did flatline for a bit in episode 17, which forced his subconscious to address the question of if he will be a good father to their baby. But, luckily, Ty pulled through and by the end of episode 18, Ty had a clean bill of health. So Ty or Graham Wardle, who plays Ty definitely isn’t leaving Heartland. And you can be sure to see much more of Ty in the next seasons.

When does Heartland’s Amy give birth?

All though Heartland season 10 we watched Amy’s belly grow. And as much as I wanted for Amy and Ty’s baby to be born before Heartland season 10 finale, that wasn’t the case. So Amy gave birth to their daughter only on Heartland season 10 episode 18. Luckily Ty was there to support his wife every step of the way, with their family waiting for next just downstairs to meet baby Lyndy.

What happens to Georgie and Adam in Heartland season 10?

Then another Heartland couple’s question that has been frequently asked is what happens to Georgie and Adam in Heartland season 10.

In season 9 we saw the teenager get together, and at the beginning of season 10, they were navigating through their relationship as best as they could. But, unfortunately, on Heartland season 10 episode 13 the couple broke up, mainly due to the fact that Adam didn’t really trust Georgie. Luckily, by the end of Heartland season 10, Georgie and Adam did manage to become friends again. But, since in season 11, Georgie moved on with Wyatt and then Dylan, and then Wyatt again, it looks like Georgie and Adam will remain just friends.

Who dies in season 12 of Heartland?

Episode 10 of Heartland season 12 had us really worried that one of Heartland’s main characters is going to die. However, although a character’s death was announced during the episode, it wasn’t Jack, Ty, Lisa or any of the other main characters.

So, who died in season 12 of Heartland? It was Jack’s old friend Will Vernon. You might remember him, played by Nicholas Campbell, from Heartland’s Christmas special A Heartland Christmas. Or the several other Heartland episodes that the character has appeared in. But sadly, as of Heartland season 12 episode 10 Will will only be a found memory in Jack, Amy and the rest of the Bartlett-Fleming clan’s minds.

Who is June Bartlett on Heartland?

Heartland season 13 introduced us to a new character – June Bartlett. And during season 13 episode 3 it was revealed that June Bartlett, who’s played by Canadian actress Carol Huska, was Jack’s sister who passed away when she was just 17 years old.

Will there be Heartland season 11?

Although for a long time we weren’t sure if there will be a Heartland season 11, as CBC took their sweet time to make the announcement. But, fortunately, now we know that Heartland did get renewed for season 11.

Where to watch Heartland season 11

Do we know the Heartland season 11 release date?

When will Heartland season 11 be on Netflix?

Will there be a Heartland season 12?

Is Heartland ending? Or will there be a Heartland season 13?

The question on many fans minds is whether Heartland is ending with season 12 or not. This speculation stems from the fact that season 12 is shorter than the last 10 seasons have been (season 1 was 13 episodes long, the rest have been 18 episodes). But now we can confirm that Heartland is definitely not ending. At least not with only 12 seasons under the show’s belt. Because the show got renewed for season 13 by CBC on April 25, 2019.

However, even if Heartland did get renewed for another season, don’t forget to still keep the momentum going and show your appreciation by talking about the show on social media as well as watching on CBC Gem, Netflix, Prime Video, UP Faith & Family and any other network that airs or lets you stream Heartland. Because the more people watch Heartland and make noise about the show on social media, the bigger the chance that there will be more seasons of Heartland.

How many seasons of Heartland are there?

As of right now, there are 13 seasons of Heartland in total.  With season 14 being in production as we speak.

Will there be a Heartland season 14?

We can confirm that there will, indeed, be a season 14 of Heartland! CBC Television renewed Heartland for season 14 on May 27, 2020. The season will consist of 10 episodes and is currently is being filmed in Alberta, Canada.

When does Heartland season 13 premiere? 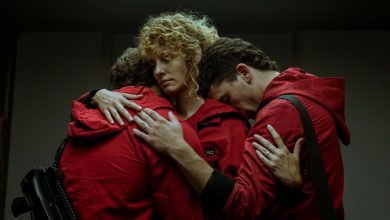 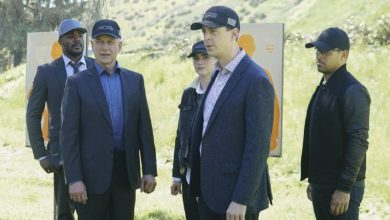 Favorite TV Teams of Shows That Are Airing Right Now 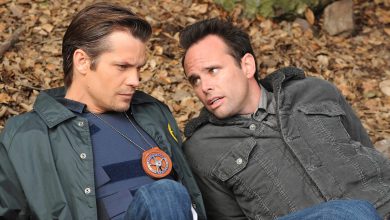 The Best TV Shows About US Marshals

All Your Burning A Discovery of Witches Questions Answered